Even I have been a victim of nepotism, but nobody speaks of that, he said 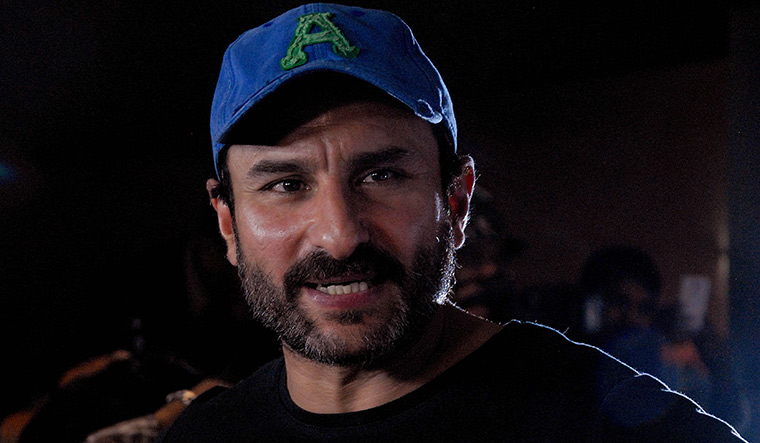 Actor Sushant Singh Rajput's death has triggered the nepotism debate, and now actor Saif Ali Khan who plays a cameo in Sushant's last film Dil Bechara, is being trolled for his statement on nepotism.

Speaking to The New Indian Express recently, Saif had said that he, too, is a victim of nepotism. “There is inequality in India that needs to be explored. Nepotism, favoritism and camps are different subjects. Even I have been a victim of nepotism, but nobody speaks of that,” he said.

He was referring to the Koffee with Karan epsiode with Kangana Ranaut where she slammed Karan Johar, calling him the 'flagbearer of nepotism'.

Speaking of his Dil Bechara co-star Sushant, Saif said that he was a talented actor and that he got a feeling 'he was brighter than I was'. “He was polite to me and appreciated my guest appearance in the film. He wanted to talk about many topics like astronomy and philosophy,” he added.

Twitter users, however, are calling out Saif for calling himself a victim of nepotism, and 'reminded' him he was the son of veteran actress Sharmila Tagore and former Indian cricket captain Mansoor Ali Khan Pataudi.

Saif Ali Khan says he's a victim of nepotism. Like when he won a National Award for Hum-Tum. Because it was due to nepotism of his mother Sharmila Tagore who was holding a prominent position in National Awards jury.

Saif Ali Khan - I've been a victim of Nepotism

Dil Bechara will premiere on Disney + Hotstar on July 24.

“A story of love, hope, and endless memories. Celebrating the late #SushantSinghRajput's legacy that will be etched in the minds of all and cherished forever. #DilBechara coming to everyone on July 24,” the streaming platform had tweeted. The movie marks the directorial debut of casting director Mukesh Chhabra. AR Rahman has composed music for the film.

Remembering Sushant, Chhabra said: "Sushant was not just the hero of my debut film as a director, but was a dear friend who stood by me through thick and thin. He had promised me that he would be in my first film. So many plans were made together, so many dreams were dreamt together but never once did I ever imagine that I would be left alone to release this film."