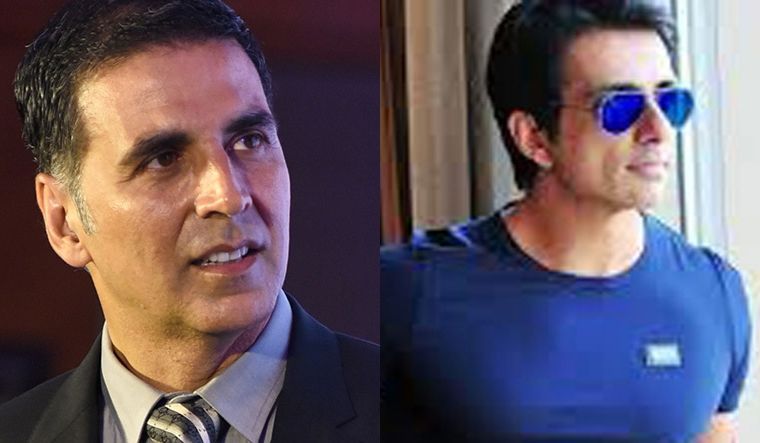 The Bharat Ratna hashtag has been trending on Twitter recently, and fans of Akhshay Kumar and Sonu Sood have demanded the coveted award for the actors.

Twitter users pitched the names of Sonu and Akshay, citing their contributions during the COVID-19 pandemic. Sonu has been hailed by social media as a 'superhero' for arranging buses to help thousands of stranded migrant workers reach their homes during the lockdown.

Akshay finds a name on the list not just for his monetary contributions towards COVID-19 relief work, but also for his contribution to help families of martyrs of the Pulwama attack. In 2017, he launched the app and website 'Bharat ke Veer', along with the Union ministry of Home Affairs, to help families of soldiers. After the Pulwama attack in 2019, Akshay had promised to donate Rs. 5 crore through ‘Bharat Ke Veer’.

They Both Deserve Bharat Ratna

They Have Proved Their Dedication And Love Towards The Nation #AkshayKumar #SonuSood pic.twitter.com/2F4JnbRgh9

@akshaykumar and @sonusood helped from the bottom of heart.
They deserve Bharat Ratna.....🙏 pic.twitter.com/Nmi4pFjPfv

Besides helping migrants reach their home, Sonu and his team also provided food and rehabilitation to 28,000 people living close to the coastal lines when Cyclone Nisarga made its way to Mumbai in June.

He had also launched a toll free number to facilitate the migrants to reach their homes. "I was getting a lot of calls... thousands of calls everyday. My family and friends were busy collecting the data then we realised we might miss out on a lot of people who we will not be able to approach us. So we decided to open this call centre, it is a toll free number," Sood said.

Sonu had earlier dismissed rumours of his political entry and said he had no interest in politics.