'Gone With the Wind' returns to HBO Max with historical context 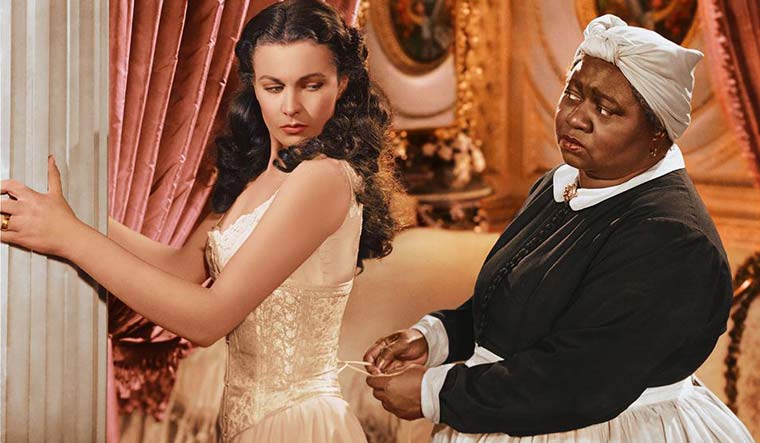 Civil War epic Gone With the Wind is back on HBO Max, over two weeks after it was pulled from the streaming platform, now accompanying historical context and a disclaimer about the 1939 film's controversial depiction of the black people and overt positive view of slavery.

The development comes as media companies reappraise content in the wake of protests over police brutality and systemic racism after the killing of George Floyd in Minnesota last month.

The play of Gone With the Wind on the streamer is now preceded by a video from TCM host and University of Chicago cinema and media studies professor Jacqueline Stewart, who informs viewers, "You're about to see one of the most enduringly popular films" of all time, but warns "the film has been repeatedly protested, dating back to the announcement of its production" due to its glorification of the antebellum South and stereotypical characters of the black community.

The film, which has for long been considered controversial, takes place in the American South on a plantation outside Atlanta and narrates the love story of southern aristocrats Scarlett O'Hara and Rhett Butler, played by Hollywood icons Vivien Leigh and Clarke Gable, respectively.

According to Deadline, a second newly added video by HBO Max is the 2019 TCM Classic Film Festival panel that Donald Bogle moderated titled "Gone With the Wind: A Complicated Legacy".

Based on on the 1936 bestseller by Margaret Mitchell, Gone With the Wind received eight Oscars at the 12th Academy Awards, including best picture, director, adapted screenplay, actress and supporting actress for McDaniel.

Third clip included with the film on the streamer, titled "Hattie McDaniel: What a Character!", details the the Oscar winner's career and talents.

McDaniel, who played house servant Mammy at the O'Haras, became the first black person to win the award but due to racial segregation at the ceremony she sat separately from her co-stars, at a table at the back of the room.

Stewart said contemporary viewers should watch the movie "to reflect on their own beliefs". "Gone With the Wind, with its landmark production values, signature scenes and iconic characters has shaped the way generations have pictured slavery and the reconstruction period that followed," the scholar said.

"It is not only a major document of Hollywood's racist practices of the past, but also an enduring work of popular culture that speaks directly to the racial inequalities that persist in media and society today," she added.

Recently, the film came under the microscope after 12 Years A Slave screenwriter John Ridley's op-ed, titled "Hey, HBO, 'Gone With the Wind' romanticises the horrors of slavery. Take it off your platform for now", appeared in the Los Angeles Times.

In response to the article, HBO Max, the recently launched streamer from WarnerMedia, said they removed the film for now but it will eventually return featuring a "discussion of its historical context and a denouncement" of its racist depictions.

After the streamer took the film offline, Gone With the Wind shot to the top of Amazon's film and TV bestseller list in its DVD, Blu-ray and the 70th Anniversary Edition forms.