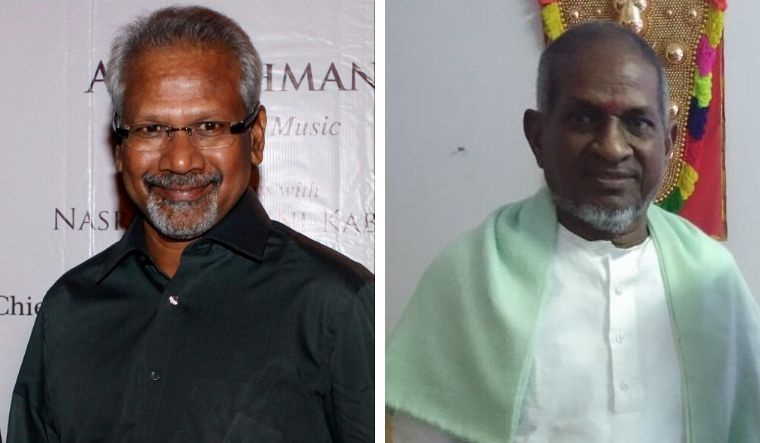 Two legends of the south Indian film industry—filmmaker Mani Ratnam and music maestro Ilayaraja—are celebrating their birthdays on Tuesday. From celebrities to fans, tributes have been pouring in for the magical duo who have delivered in the movies they collaborated together.

While Ilayaraja turns 77, Mani Ratnam is celebrating his 64th birthday. The coronavirus pandemic has certainly dampened birthday celebrations of the legends, but fans are taking to social media to share their favourite Ilayaraja numbers and scene mashups from Ratnam's films. Earlier this week, Ilayaraja released a tribute song for COVID-19 warriors title 'Bharath Bhoomi'. Besides composing the music, he has also penned the lyrics.

Mani Ratnam-Ilayaraja duo delivered hits, starting from Pallavi Anu Pallavi to Thalapathi, during a decade that was considered the golden age of Tamil cinema. However, due to a fallout between the two, they stopped teaming up. Mani Ratnam has collaborated with Academy Award-winner A.R. Rahman for over two decades ever since. Mani Ratnam’s 25th film, Kaatru Veliyidai, which released in 2017, marked 25 years of professional association between him and Rahman.

Fans r hopeful dat this combo wud strike back to create magic with music.
Living legends–#ManiRatnam & #Ilayaraja
a very happy birthday and many more to come. 🙏🙏 pic.twitter.com/jPHOL8TUD9

Whether I am happy, sad or lonely during sleep and travel, only #Ilayaraja's songs alone stand with me...#HBD_MAESTRO_ILAYARAJA❤️❤️❤️#HBDilayaraja pic.twitter.com/eUuzgNFQXh

In birthday wishes, some fans also hoped for the legends to team up again.