'Pretended to be cousins for 13 years': Apurva Asrani on partner Siddhant

It’s time LGBTQ families are normalised too, he said 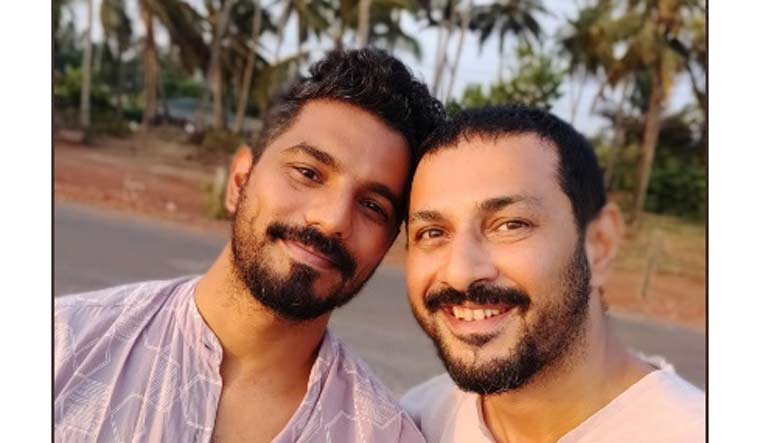 Apurva Asrani, best known for writing Manoj Bajpayee-starrer Aligarh, took to Twitter to reveal that he and his partner Siddhanth have bought a new house. In a touching post, he revealed how they had pretended to be cousins for 13 years so that they could rent a home together.

Sharing photographs of the duo as well as a nameplate, Asrani wrote on Twitter: “We were told ‘keep curtains drawn so neighbours don’t know ‘what’ you are’. We recently bought our own home. Now we voluntarily tell neighbours we are partners. It’s time LGBTQ families are normalised too.”

Asrani's post has been receiving a lot of love from social media users.

For 13 years we pretended to be cousins so we could rent a home together. We were told 'keep curtains drawn so neighbors don't know 'what' you are'. We recently bought our own home. Now we voluntarily tell neighbors we are partners 💕. It's time LGBTQ families are normalised too. pic.twitter.com/kZ9t9Wnc7i

Asrani is known for writing films like Aligarh, which was a disturbing portrayal of the plight of a homosexual in our society. The critically acclaimed Aligarh is the true story of Ramchandra Siras, a professor of Marathi and the head of the Classical Modern Indian Languages Faculty at the famed Aligarh Muslim University, who was suspended on grounds of morality. The film starts when the professor's privacy is invaded by a film crew from a local TV station who forcibly enter his house and film him having sex with a male rickshaw-puller.

He was also part of Amazon Prime Video's series Made in Heaven, which also featured a gay lead character. Asrani is also known for editing the films Satya and Shahid.