We are toying with the idea to do something on COVID-19, he said 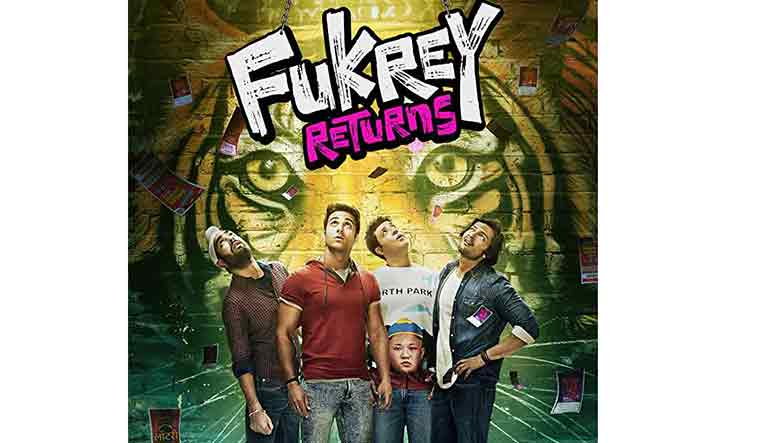 Filmmaker Mrigdeep Singh Lamba says he is toying with the idea of touching upon the COVID-19 situation in the third part of his hit franchise film Fukrey.


Lamba said like the previous two installments – Fukrey (2013) and Fukrey Returns (2017), the third one too will be high on entertainment and raise a social message. Farhan Akhtar and Riteish Sidhwani’s Excel Entertainment are the producers of the franchise.


The director said the team is contemplating to talk about the current situation of the pandemic and lockdown in Fukrey 3. “This part too will have a strong message that people will take away and it will be delivered in a humorous way. The original story doesn’t mention it (about COVID-19).


"But we have been contemplating. We have discussed it. We need to be careful how we show it (COVID-19 situation) it shouldn’t seem forceful,” Lamba said. He further said if the team is unable to crack an idea revolving around the coronavirus situation for Fukrey 3, he plans to make a full-fledged film on it.

“We are toying with the idea to do (something) on COVID-19 or the current situation in a humorous way. We will definitely do something about it. We will make something. We need to crack the right idea,” he added.


He said all his energies focused on Fukrey 3. “We had started working on it before lockdown and now we connect via phone. We have got a story in place and the writing is almost 80 per cent complete. We are working on the screenplay, which is almost done.


"Once things start to normalise and we have rules in place, then we will decide how and when to take it ahead. We will understand the ground reality before going on floors. The production was earlier slated to begin by October-November but nothing is certain now," he said.


The film's primary cast, including Pulkit Samrat, Varun Sharma, Ali Fazal, Manjot Singh, Pankaj Tripathi and Richa Chadda, is returning, he said, adding that there would be new additions as well.


Asked about reports that Rajkummar Rao and Jahnvi Kapoor’s Roohi Afzana -- which he is producing with Dinesh Vijan, will release on OTT, Lamba said the film is yet to be completed. The movie was earlier set to release on June 5.

“We are trying to finish the film. It is in post-production. We were done with the edit before lockdown but we need to do post production. It is not happening as offices are shut. Dinesh is the best person to talk about it. It's his call. I trust his judgment on how the market works," he said.