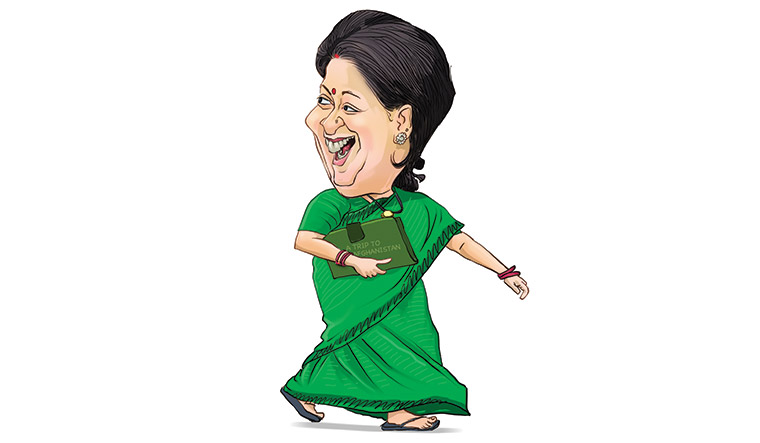 India is observing ‘janta curfew’, a 14-hour lockdown from 7 am to 9pm on Sunday, in an effort to promote social distancing and contain the spread of COVID-19 which has infected nearly 350 people in the country.

As many Indians stayed indoors during the janta curfew, Union minister Smriti Irani came up with the idea to play antakshari on Twitter.

“Namaste @indiantweeter ji tech check 1,2,3 for #TwitterAntakshari join in one and join in all .. at 11 am we set the ball rolling,” Irani tweeted.

Namaste @indiantweeter ji tech check 1,2,3 for #TwitterAntakshari 🙏join in one and join in all .. at 11 am we set the ball rolling 🙏

She added in another tweet that as it is difficult to tag everyone in the “130 crore family”, anyone can sing or tweet the lyrics of a song as per their wish.

Soon, several other Twitter users joined in as they reminisced and tweeted their favourite songs, evoking nostalgia among many. Among them were BJP MP from Hazaribagh Jayant Sinha, TV and film producer Ekta Kapoor and management guru and author Suhel Seth.

Bollywood director Karan Johar, too, tweeted the song ‘Lag Ja Gale’, but it was pointed out to him that the song about hugging people is not appropriate when one is practising social distancing.

The janta curfew was announced by Prime Minister Narendra Modi on Thursday as India battled with rising cases of COVID-19. People have been advised to stay indoors and venture out only for essentials. Seven people have died in India from the virus.