Priyanka will next be seen in Netflix's The White Tiger 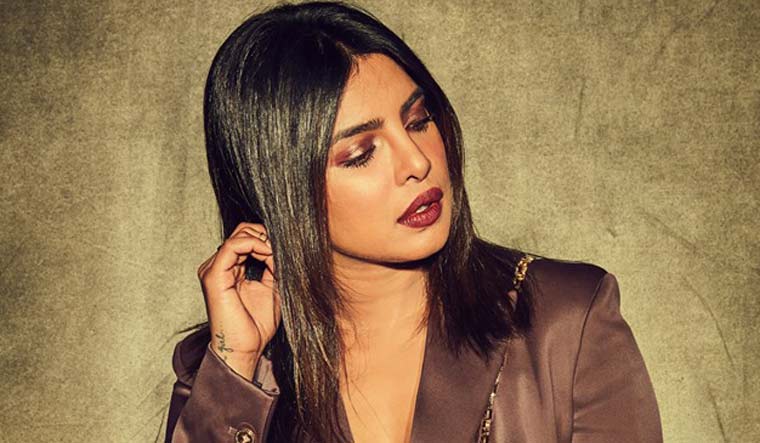 Priyanka Chopra appeared on the Harper's Bazaar magazine's latest issue, and husband Nick Jonas is all love for her striking pose. As the actor shared the cover picture on her Instagram, Nick commented on the post, “So gorgeous!”

In the picture, Priyanka can be seen lying on a couch, in a Dolce & Gabbana animal print dress. Fans are in awe of her look and have commented alongside the picture. In the March issue of the magazine, Priyanka opens up about inclusivity and loving her flaws. Priyanka faced criticism recently for her Grammys look, where she wore a plunging neckline gown from Ralph & Russo. While she was trolled and body-shamed by many, she also drew praise from fans and celebs for her bold fashion choices.

On the work front, Priyanka will next be seen alongside Rajkummar Rao in Netflix's The White Tiger, based on Aravind Adiga's book by the same name.

She is also set to play the role of Ma Anand Sheela in the upcoming Amazon Studios film Sheela. Ma Anand Sheela, who was made famous by Netflix’s docuseries Wild Wild Country, was the personal secretary of Osho from 1981-1985 and she managed the Rajneeshpuram ashram in Wasco County, Oregon. She was a spiritual adviser and the primary perpetrator of the 1984 Rajneesh bioterror attack in Oregon. Rain Man director Barry Levinson will helm Sheela. Priyanka will produce the movie through her Purple Pebble Pictures, along with Levinson’s Baltimore Pictures and Permut Presentations’ David Permut and Jason Sosnoff.

She is also rumoured to play a role in Matrix 4 along with Keanu Reeves.