Richa Chadha, Ali Fazal to tie the knot in April?

Richa will next be seen in Bholi Punjaban 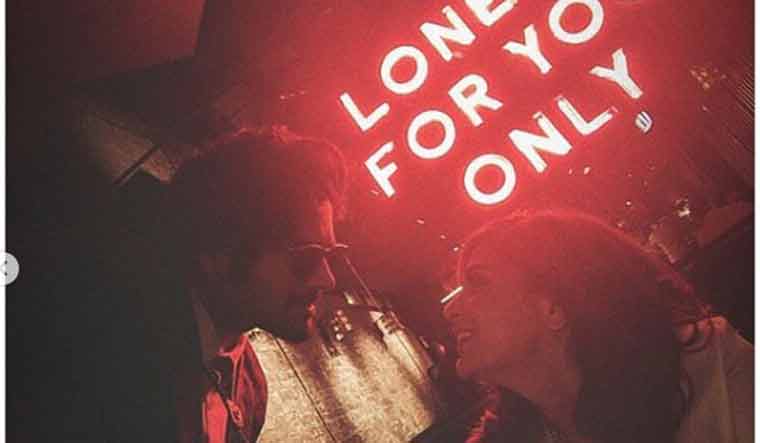 Actors Richa Chadha and Ali Fazal have been dating for over four years and reports suggest the couple might tie the knot in April. However, there is no official confirmation from both sides. The two have worked together in films like Fukrey and Fukrey Returns.

According to a Times of India report, the couple will tie the knot in April in Delhi, and will later throw a party for friends in Mumbai. According to reports, Richa and Ali first met on the sets of Fukrey in 2012, started dating in 2015 and made it official in 2017. Speaking to Bombay Times earlier, Richa had said they were waiting as they did not have time in between busy schedules to plan the wedding.

Though there has been no official confirmation, a light banter between Richa and actress Freida Pinto on the former's Instagram page has caught people's attention. Richa recently shared a collage of her picture with that of late actress Smita Patil. Commenting to the post, Freida wrote: “Two of my favourites in one frame.” Replying to her, Richa commented: 'Come in April'. This has further fuelled rumours of an April wedding.

On Valentine's Day, Richa posted a long note to Ali, on what makes them different and a 'power couple'. “...we have built an understanding which hasn't just helped us widen each other's horizons but has allowed us to maintain each other's individuality,” she wrote.

On the work front, Richa who was last seen in Panga along with Kangana Ranaut, will next be seen in Bholi Punjaban. Ali Fazal's next release is Death On The Nile.

Richa was also one of the five celebs who featured in Amazon Prime's stand-up comedy special One Mic Stand. In her act, Richa talked about how her being famous has not changed the mindset of a few people around her. She mimiced how an aunt regularly calls her father and continues to ask, “kudi ka vyah kab hona (when will the girl get married)?”

She went on to add that when the aunt found out that she is dating a guy called Ali Fazal, she took a U-turn and said, “Oh vyah! vyah di ki load hai. Pahle career to set karle puttar. (Work is worship. Focus on your career.” As she mentions Ali's name, he is seen laughing among the audience.