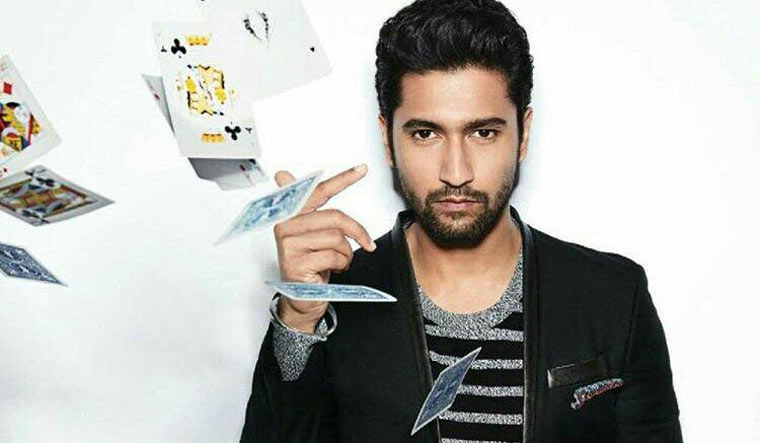 Actor Vicky Kaushal on Thursday said his "strangest" fear is that he'll wake up one day and not know how to act.

The actor is on a golden box office run with consecutive hits and acclaimed films.

"I have this fear, that one fine day I'll get up and I won't know how to act. I wonder what I will do. But I fear that one day I'll go on set and for no logical reason, I wouldn't know what to do after action. I've this strange, imagined fear," Vicky told reporters.

The actor garnered acclaim for his performances in Sanju, Manmarziyaan, Raazi and scored big at the box office with Uri: The Surgical Strike last year.

Vicky said the scariest thing about stardom is that it can get into one's head.

"Stardom gets scary when it goes into your head and under your feet. When stardom gets in your head, a gap develops between your feet and the ground... When you wake up in the morning with your mother scolding you, you become normal.

"I stay with my family, have some beautiful set of friends who aren't from the industry. They're proud of my journey and for them I'm still the old Vicky Kaushal of college."

The actor was speaking at a special event of his latest, Bhoot - The Haunted Ship. The horror film, backed by Karan Johar, is directed by Bhanu Pratap Singh.

Vicky said he signed the film during the release of Raazi.

"The quest as an actor is to keep exploring new territories, new genres. Because of the times we are living in, as an audience member, industry member, we are in this beautiful bend that we all are hungry for new content.

"We all are hungry to be surprised as makers and audience. If we don't try now then when? I am hungry for new stuff, keeping aside my fears or likings, I want to explore all that I can as an artiste."

Bhoot - The Haunted Ship is scheduled to be released on February 21.