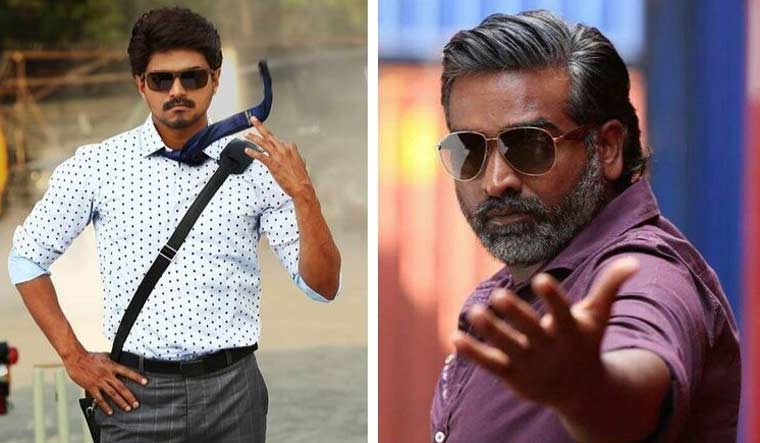 Tamil superstar Vijay has stayed in the news over the past week due to the Income Tax raids against him in connection with his recent movie Bigil. Along with Vijay, I-T raids were also conducted against the film's production house AGS films and financier Anbu Chezhian. Though the I-T department released a statement that no significant recoveries were made from Vijay's house, that has not stopped the flow of rumours and conspiracy theories. And now, actor Vijay Sethupathi just gave the most epic response to an article that linked Christian conversions in Tamil Nadu and Bigil I-T raids.

Sethupathi took to Twitter on Thursday to share a clipping of an article titled 'Key truths behind IT raids on Vijay', and commented: Poi vera velai irundha paarungada (Go find some other work to do). The article claims that educationist Jeppiar's daughter Regina is leading the Christian conversion movement in Tamil Nadu, and that actors including Sethupathi himself, Arya and Ramesh Kanna have already 'converted' to Christianity. It goes on to say that the Regina funded Vijay's Bigil, in the name of AGS, and that the proceeds from the film were transferred back to Regina. The article added that the Home ministry and I-T sleuths have been closely watching this.

Sethupathi's reaction, though just a one-liner, comes as a surprise as he is usually one who stays away from making statements on issues or kicking off a controversy. This can be seen as his support for his Master co-star Vijay.

Vijay is currently shooting for his upcoming movie Master, helmed by Lokesh Kanagaraj. The movie also stars Malavika Mohanan, Andrea Jeremiah,, Shanthanu Bhagyaraj and Arjun Das. According to reports, the actor was again summoned by the I-T department for interrogation, but he requested an extension so that he can complete the film's shooting.