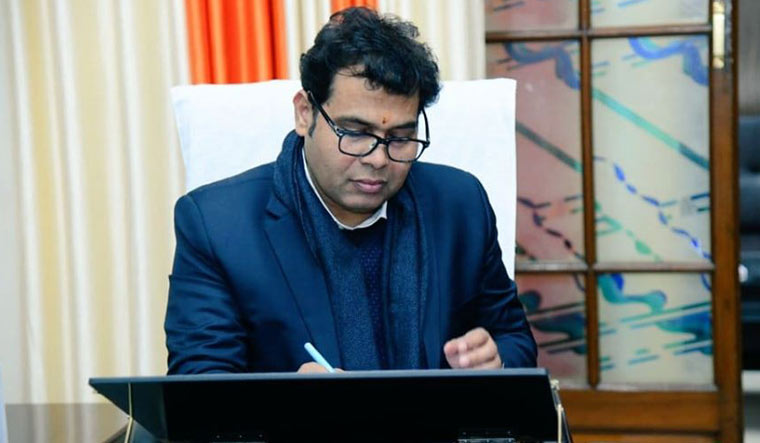 A few days after the Union home ministry, in response to an RTI, clarified that it has no information concerning the 'tukde-tukde gang', Uttar Pradesh Minister Shrikant Sharma claimed that there is a 'tukde-tukde gang' in Bollywood.

He was reacting to a remark by actor-director Nandita Das that more places like Shaheen Bagh are coming up across the country.

According to news agency IANS, the minister said those from Bollywood who are speaking against the Citizenship Amendment Bill have political motives and are provoked by political parties. He asked them to read CAA before speaking, and pointed out that nobody's citizenship is being taken away, but those who were facing persecution will be granted citizenship.

"They are also being misled by those with vested interests," the minister was quoted as saying.

Das had, on Thursday, exhorted people to speak up against the CAA and the National Register of Citizens (NRC).

"They (government) are asking those who have been living here for four generations to prove that they are Indians. This is very sad. I think everyone should speak up," she said on the sidelines of the Jaipur Literature Festival (JLF).

The actor said the protests against the CAA and the NRC are "spontaneous" and no political parties are involved in them.

"These are led by students and common people. The youth has created a hope in the country. Every other place is becoming a Shaheen Bagh now, and I think as human beings, we should speak up against these laws," Das had said.