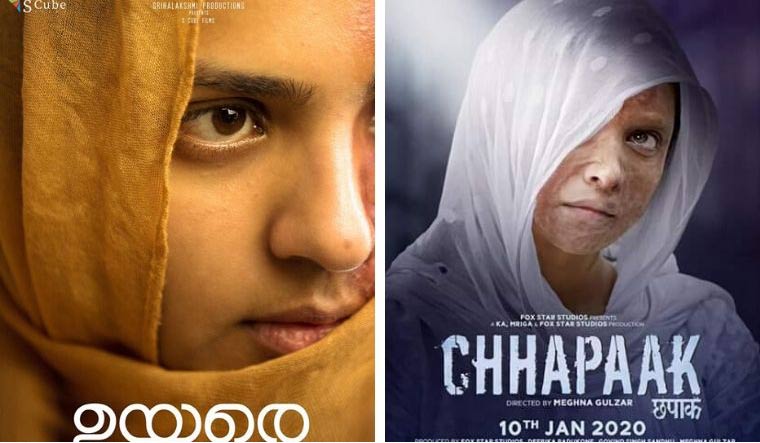 Mollywood actor Parvathy Thiruvothu on Friday lauded Deepkia Padukone-starrer Hindi film Chhapaak and said they owe it to the survivors as well as victims of acid attacks to keep speaking up.

Parvathy, who had done a similar role in Uyare a year ago, took to the the Instagram to hail Chhapaak in which Deepika essays the character of an acid attack survivor.

"Movies impact and how! #Chhapaak has fortified the undercurrent of awakening I had a year ago through Uyare. For the many Pallavis and Maltis of this world; the ones who survived and the ones who succumbed to the attacks- we owe it to them to keep speaking up. To bring their stories to the fore.

"Thank you @meghnagulzar @deepikapadukone and the whole cast and crew for holding us so close through Maltis journey", Parvathy said in the Instagram post.

Pointing out that acid was still being sold across the counter in the country, she said hundreds of lives were being lost every year due to faulty implementation of regulations and strigent deterrent laws.

"Lets stay reminded that one remains party to this by staying apolitical and choosing not to engage and not ask questions. Lets stay reminded that more often than not its mere luck that lets us walk freely, myself included, and not because we have the certainty of security. Lets listen better and get used to the unrest. We are all we have !" she added.