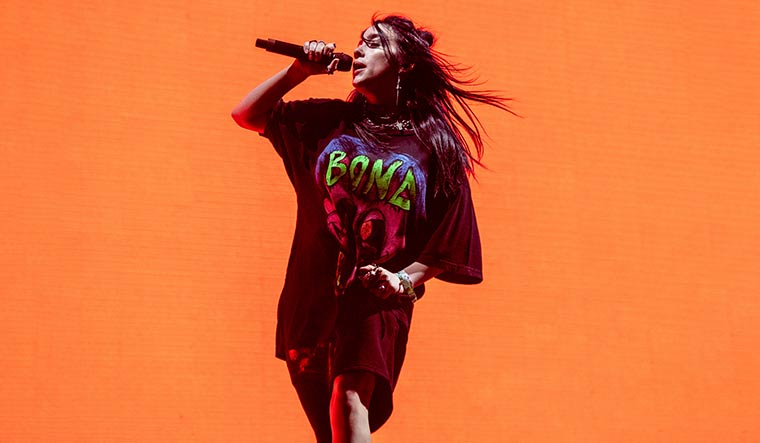 Teen pop sensation Billie Eilish has been roped in by the makers of upcoming James Bond film No Time To Die to record its official theme song.

The 18-year-old singer, who wrote the song with her brother Finneas O'Connell, will be the youngest artiste in history to record the theme track for the long-running spy franchise.

The news was shared by the official Twitter handle of James Bond. "The #NoTimeToDie title song will be performed by @billieeilish. Billie has written the song with her brother @finneas and is the youngest artist in history to write and record a James Bond theme song," it posted.

Eilish follows in the footsteps of British singers Adele and Sam Smith, who won an Oscar each for their tracks in Skyfall (2012) and Spectre (2015), respectively.

"It feels crazy to be a part of this in every way. To be able to score the theme song to a film that is part of such a legendary series is a huge honour. James Bond is the coolest film franchise ever to exist. I'm still in shock," Eilish said.

The singer is currently nominated for six Grammy Awards for her debut album "When We All Fall Asleep, Where Do We Go?" which she created with O'Connell.