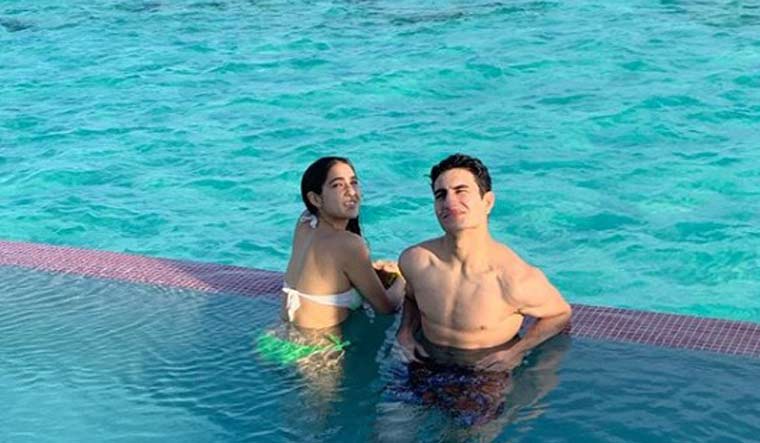 Over the past few weeks, Sara Ali Khan treated her fans to lovely pictures from her Maldives vacation. Her brother Ibrahim and mother Amrita Singh, who were also holidaying with her, featured in some of her pictures.

Now that the New Year break is over, the family is back in Mumbai. And now it is Ibrahim's turn to share some the pictures from the vacation. He took to Instagram to share a picture with Sara in the pool.

She had also shared pictures of herself and Ibrahim chilling in an infinity pool, and deep sea diving in another set of photographs. In another one of the pictures she shared on Instagram, we saw her water-skiing with mother and actress Amrita Singh.

On the professional front, Sara is working on Coolie No 1, opposite Varun Dhawan. Directed by David Dhawan, it is the remake of Govinda and Karisma Kapoor's 1995 film of the same name. She will also be seen in Imtiaz Ali's next, tentatively titled Love Aaj Kal 2.