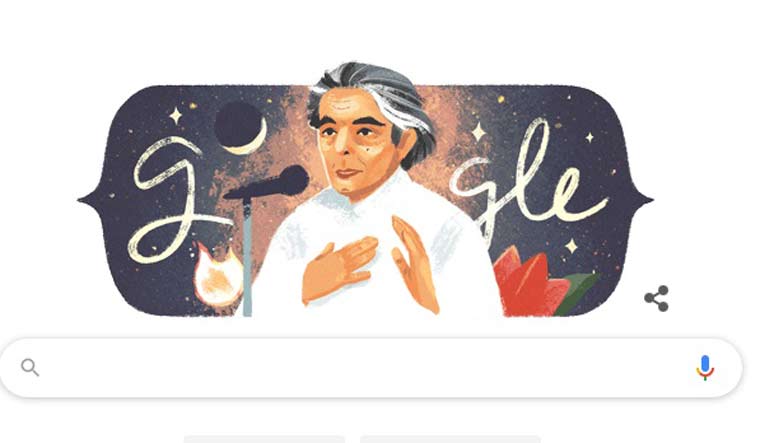 Google on Tuesday paid homage to poet, screenwriter, and social change advocate Kaifi Azmi on his 101st birthday with a colourful doodle.

Born Syed Athar Hussain Rizvi on this day in 1919 in Uttar Pradesh's Azamgarh district, Azmi became one of the most renowned poets of the 20th century in the country through his passionate love poems and activist verses. "At age 11, he composed his first poem, a ghazal-style piece. Inspired by Gandhi's 1942 Quit India freedom movement, he later left for Bombay (now Mumbai) to write for an Urdu newspaper.

"He then published his first collection of poems, 'Jhankar' (1943), as well as became a member of the influential Progressive Writers' Association that used writing to try to achieve socioeconomic reforms," the search engine giant said in a blog post.

In one of his early and most famous poems, 'Aurat', Azmi advocated for women's equality, one of the causes he championed in his lifetime. In his efforts to improve the lives of rural women and families, he also founded the NGO Mijwan Welfare Society (MWS) to support various educational initiatives for them, and to this day, MWS continues its work in the spirit of its founder.

The activist-poet was also awarded with the prestigious Padma Shri Award, and one of the highest literary honors, the Sahitya Akademi Fellowship.