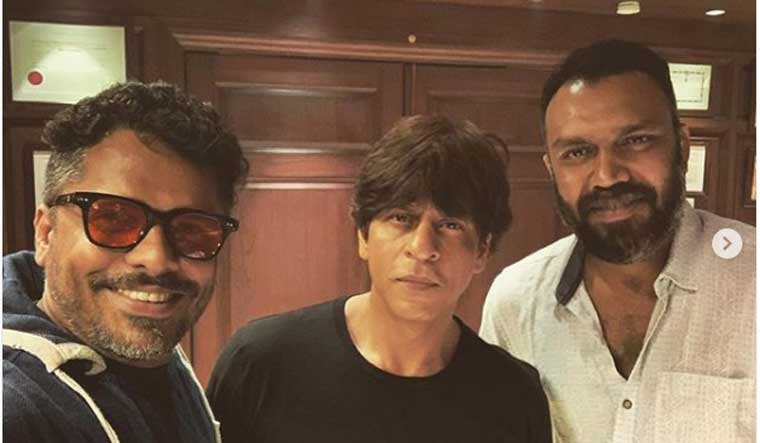 Malayalam director Aashiq Abu, known for his most recent hit Virus, has signed Shah Rukh Khan for his next, according to reports. The film is expected to go on floors next year.

Though there has been no official confirmation, Malayalam film website The Cue and Indian Express reported the script will be penned by Syam Pushkaran of Kumbalangi Nights fame.

Thank you @iamsrk. We love you 😘

Producer Shaneem Zayed also shared photos and captioned them, “A good two long hour conversation with #SRK with one of most favorite directors and writers @aashiqabu and @syampushkaran that became easily one of the most memorable days of my life I am sure yours too @mrkrrish #shahrukhkhan #kingkhan #aashiqabu #syampushkaran #krrish”. Aashiq Abu also shared photos of himself and King Khan at Mannat on Instagram. “Thank you, @iamsrk. We love you,” he wrote along with the photo.

Shah Rukh Khan was last seen in Aanand L. Rai's Zero that released in December last year. The film tanked at the box office, and the actor had not committed to any films after that, much to the disappointment of his fans. Recently, there were also speculations about Shah Rukh teaming up with Tamil director Atlee.