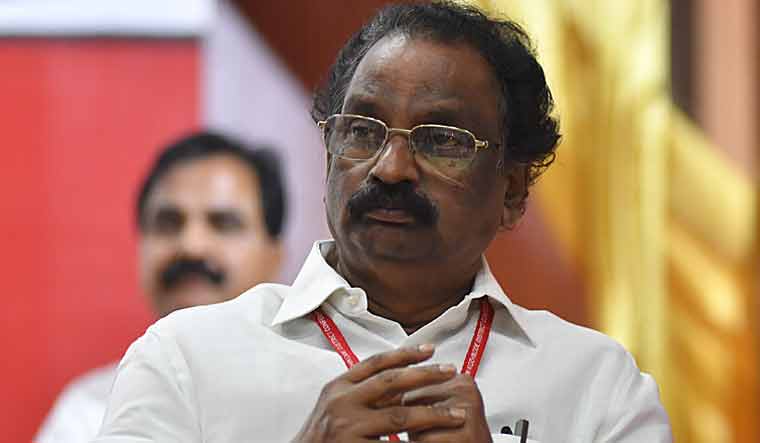 The Kerala government has prepared a comprehensive draft law for the film industry in the state to curb alleged immoral activities, including use of drugs on movie sets.

This was announced by Kerala Law Minister A.K. Balan on Saturday while speaking to reporters after meeting with members of the Kerala Film Producers Association (KFPA). The meeting was convened as instructed by the chief minister, Balan said. He said the government could intervene in the industry's affairs only if the film fraternity made a request to the effect in writing. “The government is ready to intervene and has already drafted a comprehensive law to curb the alleged immoral activities in the industry like use of drugs," he said.

The KFPA made the allegations while announcing its decision not to cooperate with young actor Shane Nigam who allegedly violated certain agreements with the producers of his upcoming films.

Meanwhile, KFPA said there was no ban on actor Shane Nigam. Malayalam film producers had on November 27 banned Nigam from all their movies, alleging that producers of two films Veyil and Kurbani, could not complete their projects due to the actor's "non-cooperation.

"We want Shane to complete the movies he had committed to. We have not banned anyone from the movies. We will discuss his matter with AMMA," KFPA office bearer Ranjith told reporters.

The 23-year-old actor violated the informal agreement he had reached with the producer of Veyil by changing his hairstyle and shaving his beard, KFPA alleged Nigam was supposed to complete the work of Veyil in which he sports a different look with long hair and beard.

Finance Minister Thomas Issac, who also took part in the meeting, said the associations have decided to withdraw their stir.

It is totally an unwanted protest to boycott KSFDC theaters. The GST in the film industry was determined as 18 per cent and 28 per cent which all organisations had welcomed. But the GST council decided to reduce it. Now they have given a memorandum, which will be considered. They have decided to withdraw the strike, Isaac said.

When the GST came into effect in 2017, state government had scrapped the entertainment tax. Now GST of 12 per cent is charged on a Rs 100 ticket and 18 per cent GST on tickets costing more than Rs 100. In January 2019, the finance minister had reintroduced a 10 per cent entertainment tax, named Local Body Entertainment Tax in the price, leading to protests from the film industry.

Balan said the film association had earlier decided not to screen movies in the 17 KSFDC run theatres. "Government has asked them to reconsider the decision. They asked us to completely withdraw the Entertainment tax. We cannot agree with that. But we have agreed to consider their request to rectify anomalies in GST taxation slab," Balan said.