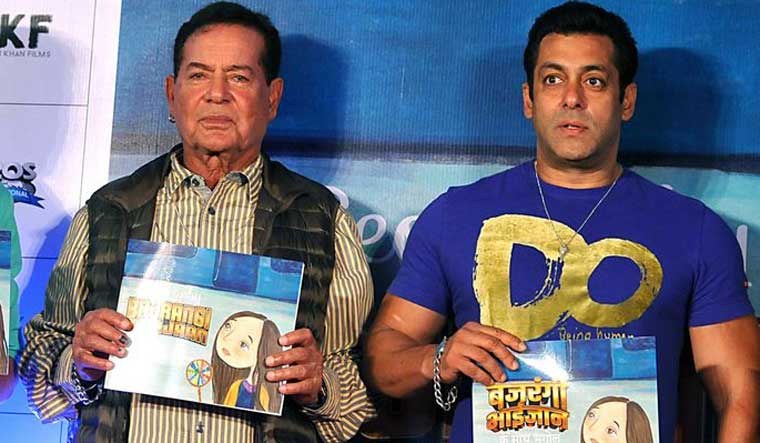 Veteran screenwriter Salim Khan on Sunday reacted to the Supreme Court's Ayodhya verdict by claiming Muslims should set up schools and hospitals instead of a mosque on the 5-acre plot given to the community as per the apex court order. Salim Khan is the father of Bollywood superstar Salman Khan.

Screenwriter Javed Akhtar—who along with Salim Khan formed the legendary Salim-Javed pair—called for the construction of a charitable hospital with contribution from people of all communities on the plot.

It would be really nice if those who get the 5 acres as compensation decide to make a big charitable hospital on that land sponsored and supported by the people all the communities .

The Supreme Court, in a unanimous verdict on Saturday, cleared the way for the construction of a Ram Temple at the disputed site at Ayodhya, and directed the Centre to allot a 5-acre plot to the Sunni Waqf Board for building a mosque.

Salim (83), the co-writer of legendary movies like Sholay and Deewar, added it was good the issue had finally ended.

"Like a film, it has come to an end. It doesn't matter if you criticise it, call it good or whatever, it's the end. This was going on for years and was long drawn, becoming more complicated than ever. The Supreme Court took time and gave a verdict. You cannot go on about it now," Salim told PTI.

"We have to offer namaz, but we can do it from anywhere, in train, plane, while travelling. All we need is a clean place. We don't need a masjid for that. Today's priority is schools, colleges, hospitals. We must look into that," Salim added.

"We must build schools, hospitals and colleges on the 5-acre land. Our tall leaders will come from educational institutions. In fact, the first chapter of our holy book focuses on the importance of education," Salim stated.

Salim said the film industry did not have good writers because "no one reads books here anymore", stressing that "we need to change this".

His former writing partner Javed Akhtar tweeted, "It would be really nice if those who get the 5 acres as compensation decide to make a big charitable hospital on that land sponsored and supported by the people all the communities."