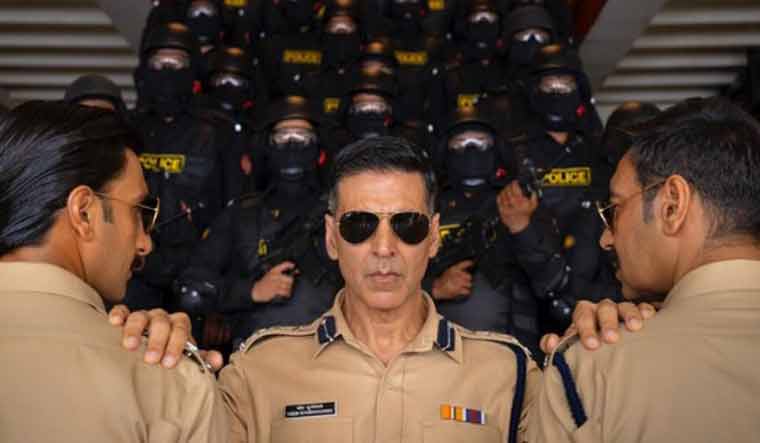 Akshay Kumar on Thursday gave a glimpse of Rohit Shetty's much-touted cop universe, as he shared a picture of his character in the filmmaker's next Sooryavanshi, along with Ranveer Singh and Ajay Devgn.

Sooryavanshi is the third series in Rohit's cop universe after Singham and Simmba. Akshay took to Twitter and posted the picture which featured Ranveer and Ajay in their cop uniforms from their respective films, Simmba and Singham.

"The desi Avengers of the Cop universe! When 'Singham' meets 'Simmba' meets #Sooryavanshi, expect not just fireworks but a full-blown blast on 27th March,2020," he tweeted.

The film features Akshay in the titular role. His character was introduced in Rohit's last release Simmba" in the post-climax scene as ATS officer Veer Sooryavanshi.

Sooryanvanshi, which also features Katrina Kaif in a pivotal role, is Akshay and Rohit's first project together.