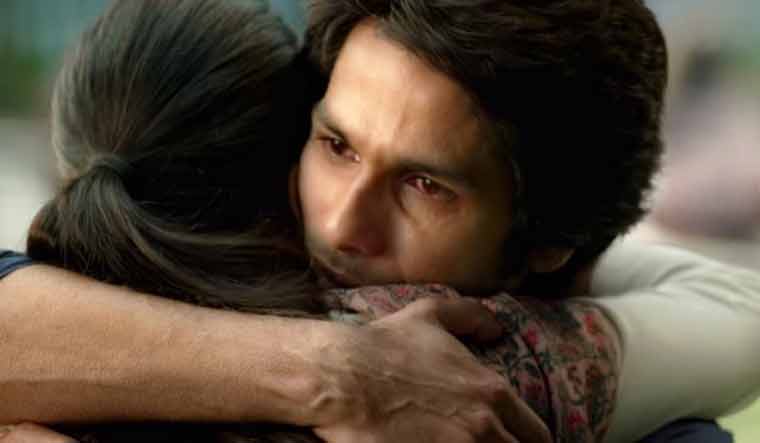 Bollywood actor Shahid Kapoor's film Kabir Singh received both bouquets and brickbats, with many slamming it for its portrayal of male toxicity. Recently, a fan took to Twitter to point out that Shahid had goosebumps in the climax scene of the film directed by Sandeep Reddy Vanga.

Sharing photos of the scene, she wrote: "When the actor brings the character to life and feels his emotions, the audience will be glued to the screen. @shahidkapoor actually had goosebumps when #KabirSingh got to know that he's going to be a father. Respect, Shahid.”

Shahid responded to the tweet and he said he had not noticed it, but director Sandeep had pointed it out while the movie was being edited.

Even I didn’t notice that. The director Sandeep told me after he saw the edit. Amazing that you caught it. https://t.co/7GXKPaO5wz

Kabir Singh had ignited a debate about romance and the toxicity in a relationship. While the film went on to become one of the biggest grossers of the year, it was also met with criticism for its hero-like portrayal of a flawed man. "The first responsibility that an actor has towards the audience is to give them an honest portrayal. I think that happens very rarely. Because of these kind of pressures, people are so careful that 'if I do this people will like me, if I do this people won't,” Shahid told media.