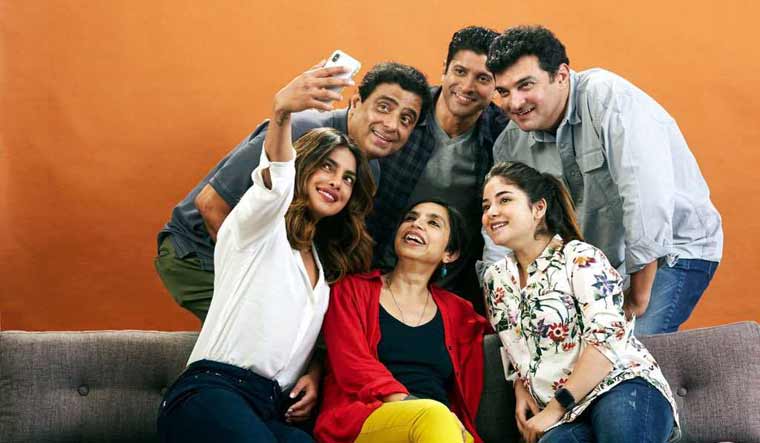 Shonali Bose's The Sky is Pink will have its world premiere at the upcoming Toronto International Film Festival (TIFF) and the director on Wednesday said the film is extremely special to her.

Starring Priyanka Chopra Jonas and Farhan Akhtar, the film is said to be the only Asian film to be selected for a Gala premiere in 2019. "The Sky Is Pink is a deeply personal and an incredibly special film for me. At its core, this is an extraordinary story of what it means to be a family.

Priyanka, who is also co-producing the project, said she is proud of the film. "It is a story I connected with it from the minute I heard it and in Shonali's hands, it's been crafted into a moving, beautiful film that will renew our faith in love and life. "I'm looking forward to being back at TIFF once again to showcase our small package of love to the world," she added.

The Sky is Pink is produced by RSVP and Roy Kapur Films, in association with Ivanhoe Pictures and Purple Pebble Pictures.

Producer Ronnie Screwvala, whose film Mard Ko Dard Nahin Hota garnered acclaim at TIFF 2018, said, "It is great to be back especially after the love we received last year." Filmmaker Siddharth Roy Kapur said he is thrilled to have his first production at Roy Kapur Films selected for world premiere at TIFF.

The film is a love story of motivational speaker Aisha Chaudhary's parents, essayed by Priyanka and Farhan. Aisha (played by Zaira Wasim), was diagnosed with pulmonary fibrosis. Rohit Saraf is also a part of the cast.

The Sky is Pink is scheduled to be released in India on October 11.

TIFF will run through September 5-15.