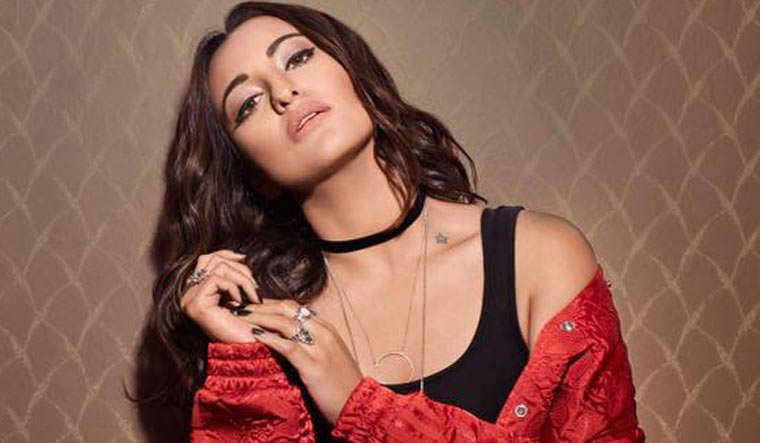 From starring in commercial blockbusters like Dabangg and Rowdy Rathore to receiving critical-acclaim for her performance in Lootera and Akira, Sonakshi Sinha has come a long way.

The actor, who credits her instincts for her movie choices, is happy with the way her career has shaped up. "It (box office numbers) was something that I never craved for. It just happened to me. When I started acting I never thought my films will do Rs 100 crore business. They were all blockbusters and I am glad for the love that I got from the audience. Things changed for everyone, the kind of movies people started watching and making changed. Even my choices as an actor changed," Sonakshi said.

"I have done a whole plethora of films. Today I am really proud of the fact that I can do a commercial film and even an art film. I have been able to achieve that balance," she added.

The 32-year-old actor said her shift to realistic cinema wasn't planned. "When I started off and I was the quintessential Hindi commercial film heroine doing commercial blockbuster cinema and those were the kind of films being offered to me. And I was happy doing them.

"Then somebody in the middle of that offered me Lootera and I did that. People saw my other side and they liked it. Later Akira, Noor came my way. For me, it's very instinctive." But her last few films like Kalank, Happy Phirr Bhag Jayegi, Welcome to New York, Ittefaq and Noor did moderate to low business at the ticket window.

Sonakshi believes it is the audience that makes a film a hit or a flop and the job of an actor is to choose the right script and stay honest to their craft. "The outcome of your film is never in your hand, all that you can do is select a good story, give your best as an actor.

"My films may not have worked but my performance was never panned. I have always been appreciated for my performance which makes me happy and that is the validation that I need," the actor said.

Sonakshi said she does not believe in stressing too much over the failure of a film. "... When a film doesn't do well you feel bad but then you move on because you have already started your next film and you put your energies there. This happens to everyone."

The actor is currently promoting Khandaani Shafakhana, an unusual story of a small-town independent girl, who runs a sex clinic. The film, directed by Shilpi Das Gupta releases countrywide on August 2. It also stars rapper Badshah and actor Varun Sharma in pivotal roles.

Sonakshi will soon star promoting her next film Mission Mangal, that releases on Independence Day. She also has Dabangg 3 coming out on December 20 and a war-drama film Bhuj: The Pride of India, which releases next year.

With such diverse and quality films in pipeline, Sonakshi said she is in a secure position as an actor, despite few films not working well commercially. "There is too much work going around. I am so much busy. I am happy that I am part of this industry and getting great opportunities. I have been in a very secure space always and will be," she added.