The film was also declared tax-free in Bihar 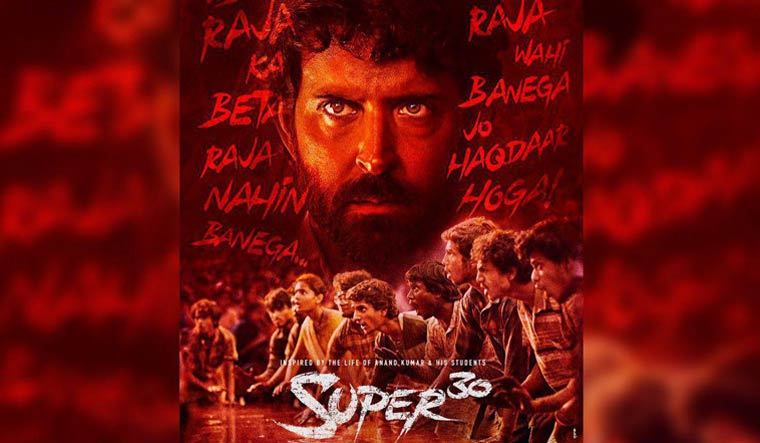 ‘Super 30’ was originally set to release on July 26

Rajasthan Chief Minister Ashok Gehlot has declared Hrithik Roshan-starrer Super 30 tax-free in the state. The Vikas Bahl-directed movie is based on the life of educationist Anand Kumar who runs coaching classes for IIT-JEE aspirants.

"Super 30, based on the real story of Anand Kumar, is an inspiring film of recent times. It is an excellent example of exceptional will power and determination, that despite all odds, success is achievable," Gehlot tweeted.

"We must take inspiration from such films and imbibe the value of 'excellence in education' in the youth of our society today. I hereby declare 'Super 30' tax-free in the state," he added.

State Parliamentary Affairs Minister Shanti Dhariwal said that the film inspires youths and students preparing for competitive examination. As the film is in social interest, state government has declared it tax-free in the state.

On Friday, Kumar had urged the Uttar Pradesh government to make Super 30 tax-free. Kumar made the request during a meeting with Chief Minister Yogi Adityanath, which was also attended by officials of the company that made the film, Information Director Shishir Singh said.

The film was also declared tax-free in Bihar.

Super 30 released on July 12. The film has received mixed reviews and has minted over Rs 70 crore on box office till now.