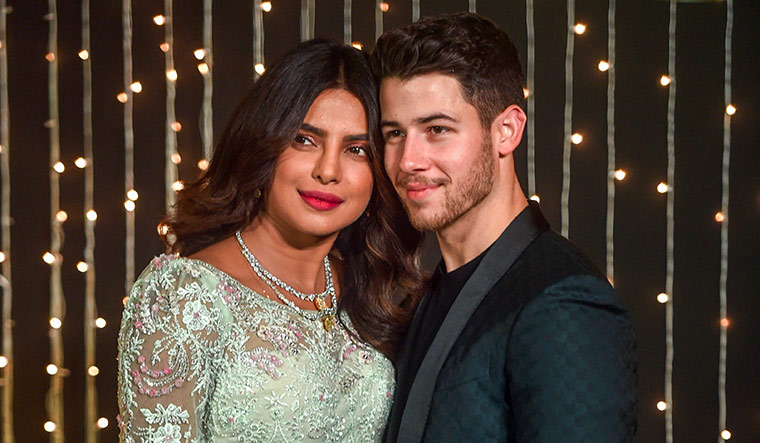 Priyanka Chopra celebrated her 37th birthday on Thursday, and has been receiving wishes from across the world. Meanwhile, husband Nick Jonas took to Instagram to share videos of Priyanka, dancing on her birthday, in a red dress. 'The girl in the red dress,' he captioned the video.

Earlier, he had shared another picture of PeeCee in a sari, which he captioned, "Light of my world. My whole heart. I love you baby. Happy birthday." This photo of Priyanka in a pastel-pink sari is from Nick's brother Joe Jonas and Sophie Turner's wedding in France last month.

Light of my world. My whole heart. I love you baby. Happy birthday.

Holding you in my arms was priceless!! Love you my child

On the work front, Priyanka Chopra will next be seen in Shonali Bose's The Sky Is Pink. The film also features Farhan Akhtar and Zaira Wasim. The Sky Is Pink is a love story of motivational speaker Aisha Chaudhary's parents. Aisha was diagnosed with pulmonary fibrosis. October writer Juhi Chaturvedi has penned the story.

It marks Priyanka's return to Hindi films after three years. The actor moved to New York for the TV series Quantico and made her Hollywood debut with Baywatch.

The movie is slated for an October 11 release.