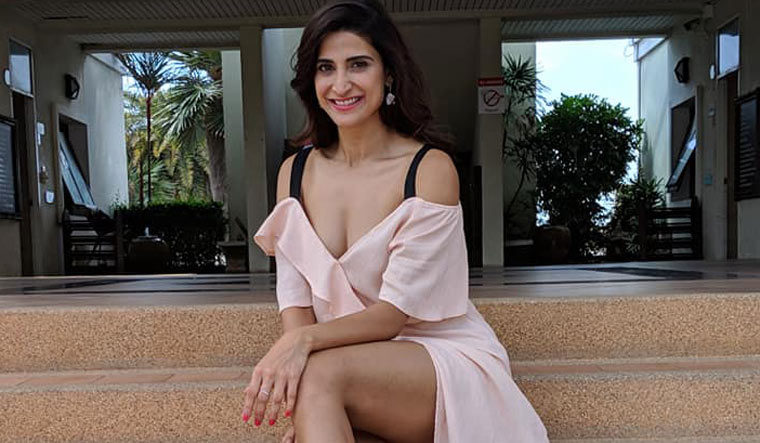 Bollywood actor Aahana Kumra had a shocking experience recently when a cab driver held her hostage for hours, claiming he hasn't received the money for the trip.

Aahana Kumra, who appeared in a few Bollywood movies including the recently released The Accidental Prime Minister and Lipstick Under My Burkha, had booked the cab through MakeMyTrip for a trip from from Shimla to Amritsar. In the middle of the trip, the cab driver said he hasn't received the payment and refused to take the vehicle ahead. The driver had halted the car near Chandigarh.

Though she tried to reason with him saying she had paid the money to MakeMyTrip, the driver refused to relent. Distressed, Aahana Kumra reached out to MakeMyTrip, but failed to get a reassuring reply.

She then took to Twitter to share her ordeal. She was constantly online, and narrated the troubles she faced through a series of tweets.

"I urge urge everyone to boycott @makemytrip . For a girl to be travelling through this company by cab or any other mode of transportation is extremely unsafe. The driver is a liar and not someone you can trust. All I want to do is reach my destination safely. Please help!!!!," she said in a tweeet.

"Now I'm being held ransom in the middle of the road out of nowhere @makemytrip for the payment that's not been received by the cab service. Please do not make this worst for me!! It's not safe!!!!

“Saurabh Khurana finally calls me after a hundred calls to the customer care service on @makemytrip . He's apparently someone from the management team and has no designation. #Sorry is not a word to be used in this business sir. You cannot risk someones safety and say sorry.”

"If it was Bom or Del I would've definitely cancelled this cab but because it's Shimla and transportation isn't easy to find I have not been able to cancel this ride. @makemytrip you're a utter disappointment. No one should use this service for the sheer fact they have no regards."

When MakeMyTrip finally answered her, apologising for the inconvenice caused, she tweeted in reply. "You don't regret anything @makemytrip You're a bunch of liars and don't care about the safety and security of your passengers."

"Sorry but who is going to be responsible for my safety and I wanted to reach in broad daylight and not at night. Please understand @makemytrip that this is not the safest belt for a woman to be travelling at night with an unknown driver. #EpicFail"