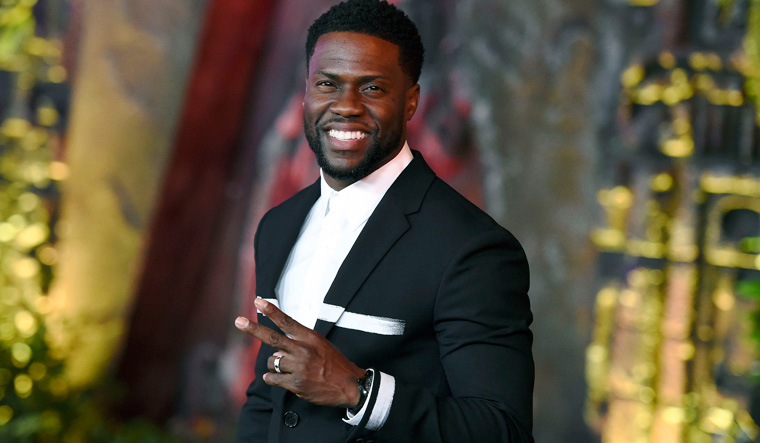 US comedian-actor Kevin Hart announced he is stepping down as host of Oscars 2019 following a controversy over some of his tweets which have been perceived homophobic. Hart was officially announced as the host on Tuesday.

Kevin Hart apologised to the LGBTQ community for his 'insensitive' words and said he will not be hosting the event as he did not want to be a 'distraction'. On Tuesday, when he was picked as the host, he had tweeted that hosting the Oscars was the opportunity of a lifetime. However, soon after the announcement was made, there was an outcry on social media with people pulling up his earlier tweets in which he used homophobic slurs. Another 2010 video of a stand-up performance also resurfaced in which Hart joked about how one of his biggest fears was about his three-year-old son becoming gay.

In a video shared on Instagram on Friday, Hart said he had been called by the academy and asked to apologise for his tweets or another host would be found. “I chose to pass, I passed on the apology. The reason I chose to pass is because I’ve addressed this several times, this is not the first time this has come up, I’ve addressed this… I’m not going to continue to go back and tap into the days of old when I’ve moved on and I’m in a completely different space in my life,” he said.

Stop looking for reasons to be negative...Stop searching for reasons to be angry....I swear I wish you guys could see/feel/understand the mental place that I am in. I am truly happy people....there is nothing that you can do to change that...NOTHING. I work hard on a daily basis to spread positivity to all....with that being said. If u want to search my history or past and anger yourselves with what u find that is fine with me. I’m almost 40 years old and I’m in love with the man that I am becoming. You LIVE and YOU LEARN & YOU GROW & YOU MATURE. I live to Love....Please take your negative energy and put it into something constructive. Please....What’s understood should never have to be said. I LOVE EVERYBODY.....ONCE AGAIN EVERYBODY. If you choose to not believe me then that’s on you....Have a beautiful day

He appeared to later change his mind and issue an apology again, as he stepped down as host.

I'm sorry that I hurt people.. I am evolving and want to continue to do so. My goal is to bring people together not tear us apart. Much love & appreciation to the Academy. I hope we can meet again.

The Oscars will be held in Los Angeles on February 24.