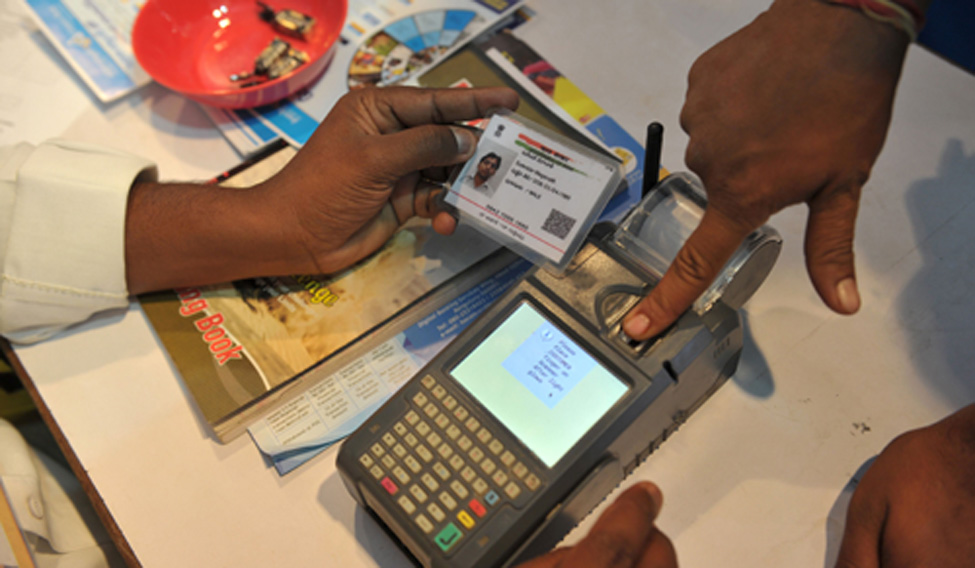 Aadhaar and Aadhaar enabled services, are expected to bring about change for the better in the domestic technological consumption on multiple fronts, be it hardware or software. The opportunities are plenty, for instance as per Unique Identification Authority of India (UIDAI), Aadhaar user base is over 100 crores and Aadhaar based eSign transactions in 2017 so far, cover about 3.3 crore people. Banking and NBFC sectors are leading in the adoption of Aadhaar based transactions. Besides this, market reports suggest that around 1.3 million biometric devices will be used for Aadhaar based transactions by the telecom sector alone and another 6-8 million devices are expected to be deployed by the BFSI sector.

Aadhaar authentication requires deployment of large number of biometric devices, which can augment the hardware industry in the country. “Many of our clients are banks and NBFCs that have adopted Aadhaar technology to bring down transaction cost. UIDAI also allows iris recognition as a method of authentication and this will boost the sale of iris enabled mobile devices,” said Krupesh Bhat, the co-founder of LegalDesk.com, a legal technology platform that enables its clients draft and eSign documents using their Aadhaar. Even in software customer sign-up, employee onboarding, employment verification and documentation formalities can be completed using Aadhaar related technologies. Bengaluru-based SignDesk has launched its Aadhaar enabled eSign product, which is used by many corporations to digitize the documentation work, for signing contracts and agreements.

There are payment service providers such as Atom Technologies who are involved in providing an Aadhaar Enabled Payment System (AEPS) and performing eKYC for its merchants. “AEPS has been used for providing cash-in/cash-out services to customers in rural and semi-urban areas and is fairly time tested. But one of the core things we need to remember is that the biometric data has to travel over the communication networks which would need to be upgraded to higher pay load as a result of this. We have created a multi-acquiring mobile application called “mGalla” which integrates AEPS as a payment option along with other payment options. This is targeted at small and medium enterprises and stores who need to enable multi payment forms, of which Aadhaar based payment is one of the forms. This would take some amount of seed capital for technology across the length and breadth. For newer merchants it is lot easier, however for existing if we need to integrate with existing POS terminals or need to replace the hardware could prove expensive,” remarked Dewang Neralla, MD and CEO, Atom Technologies.

Similarly Archit Gupta, Founder and CEO of ClearTax, a Bengaluru based tech start up feels that they are seeing opportunities in Aadhaar making it easier for Indian citizens to avail a certain range of tech services. “In our case, Aadhaar has made it simpler for first-time investors to invest in mutual funds. One must be KYC compliant to be able to invest in mutual funds. Earlier, the KYC process required printing, signing and couriering documents. However, with Aadhaar eKYC, the entire process can be done online and in a paperless manner. This is a big change for new investors. Aadhaar eKYC can be done online in a matter of minutes by generating an OTP (One Time Password) on the mobile number linked to one’s Aadhaar. This will reduce friction at the time of investing in mutual funds and allow more people to turn mutual fund investors,” said Gupta. “We expect this to further increase investments in mutual funds on the ClearTax platform,” he added.

Experts such as Adhil Shetty, CEO and co-founder of Bankbazaar.com, feel that Aadhaar is helping in instant account opening and verification."With the amendments to the Reserve Bank of India (RBI’s) KYC Master Circular, the Indian Evidence Act of 1872, the Negotiable Instruments Act of1881, and the Income Tax Act of 1961, it is now possible to open limited functionality accounts for savings and loans paperless - by completing their eKYC via one-time passwords with their Aadhaar-linked cellphones, and start operating these accounts - all without having to step into a branch or submit a single piece of paper. But this is just the starting point of a truly paperless access to financial products," said Shetty.

As per market reports, Aadhaar linking and enabled services has triggered the demand for different technologies. Software companies and hardware manufacturers, handset makers in general are seeing their India business grow. According to some recent media reports, the American data storage company Dell EMC identified a potential of $26 billion addressable market opportunity in India and aims at tapping the huge opportunity from the JAM (Jan Dhan-Aadhaar-Mobile) initiatives of the government to strengthen its position in the Indian market.

Your form could not be submitted.
This browser settings will not support to add bookmarks programmatically. Please press Ctrl+D or change settings to bookmark this page.
Topics : #Aadhaar | #technology | #Information Technology | #Telecom | #software