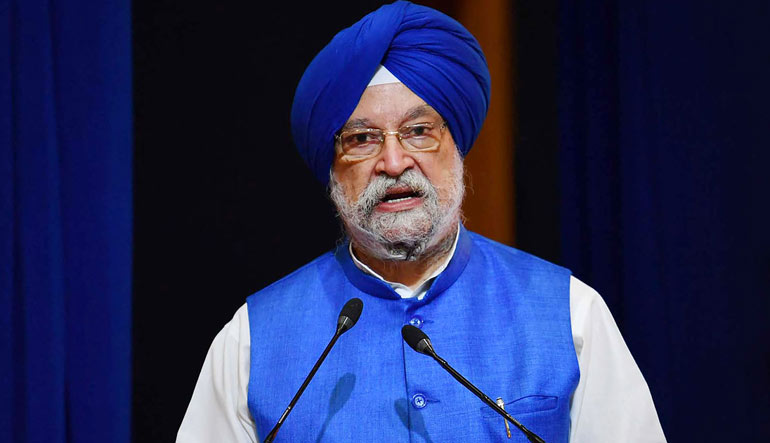 "I will hope if under-recoveries (or losses) end, prices should come down," he said at an event here.

Softening of international prices from multi-year peak hit last year had led to companies making profit on petrol but they continue to incur losses on diesel.

At one time, profit on petrol was Rs 10 per litre but subsequent firming of oil prices have trimmed it down to halve. Diesel losses have widened to Rs 13 a litre from Rs 10-11 earlier this month, industry sources said.

Puri said oil companies acted as responsible corporate citizens by not burdening consumers of the rally in global energy prices in aftermath of Russia's invasion of Ukraine.

"We didn't ask them to hold prices. They did it on their own," he said.

The three fuel retailers haven't changed petrol and diesel prices since April 6, 2022, despite input crude oil prices rising from $102.97 per barrel that month to $ 116.01 per barrel in June and falling to $82 per barrel this month.

Holding prices when input cost was higher than retail selling prices led to the three firms posting net earnings loss. They posted a combined net loss of Rs 21,201.18 crore during April-September despite accounting for Rs 22,000 crore announced but not paid LPG subsidy.

Puri said the six-month loss numbers are known and they have to be recovered.

International oil prices have been turbulent in the last couple of years. It dipped into the negative zone at the start of the pandemic in 2020 and swung wildly in 2022, climbing to a 14-year high of nearly $140 per barrel in March 2022 after Russia invaded Ukraine, before sliding on weaker demand from top importer China and worries of an economic contraction.

But for a nation that is 85 per cent dependent on imports, the spike meant adding to already firming inflation and derailing the economic recovery from the pandemic.

So, the three fuel retailers, who control roughly 90 per cent of the market, froze petrol and diesel prices for the longest duration in at least two decades. They stopped daily price revision in early November 2021 when rates across the country hit an all-time high, prompting the government to roll back a part of the excise duty hike it had effected during the pandemic to take advantage of low oil prices.

The freeze continued into 2022 but the war-led spike in international oil prices prompted a Rs 10 a litre hike in petrol and diesel prices from mid-March before another round of excise duty cut rolled back all of the Rs 13 a litre and Rs 16 per litre increase in taxes on petrol and diesel effected during the pandemic.

That followed the current price freeze that began on April 6 and still continues.

The oil ministry is pushing for compensation for the three retailers to make up for the losses they incurred.