Gross NPAs likely to fall to decadal low of 4% by March 2024, MSME NPAs could rise 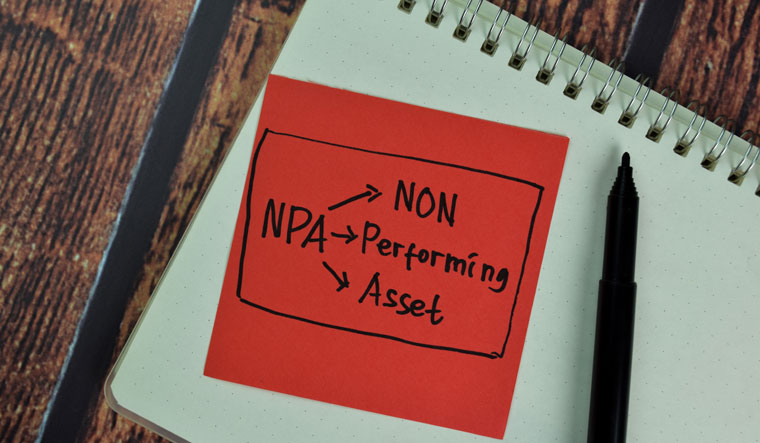 “The asset quality of the banking sector will also benefit from the proposed sale of NPAs to the National Asset Reconstruction Company Ltd (NARCL),” CRISIL said.

Non-performing assets (NPAs) of scheduled commercial banks in India have been falling in recent years. In March 2022, gross NPAs of banks had declined to a six-year low of 5.9 per cent, which was a six-year low. Buoyed by higher credit growth and the post-pandemic economic recovery, the gross NPAs are expected to decline further, say experts.

Credit Ratings agency CRISIL expects gross NPAs, which are a key indicator of asset quality, will decline 90 basis points (0.9 per cent) to 5 per cent this financial year and further improve 100 basis points to a decadal low of 4 per cent by March 31, 2024.

“The asset quality of the banking sector will also benefit from the proposed sale of NPAs to the National Asset Reconstruction Company Ltd (NARCL),” CRISIL said.

The biggest improvement is expected in the corporate segment where gross NPAs are likely to fall to 2 per cent, from a peak of 16 per cent as on March 31, 2018.

Mechanisms such as the Insolvency and Bankruptcy Code have also supported recoveries and increased credit discipline among borrowers, it added.

“The steady improvement in corporate asset quality is clearly reflected in leading indicators such as the credit quality of bank exposures. A CRISIL Ratings study of large exposures of banks, constituting more than half of corporate advances, shows the share of high-safety exposures (AAA, AA rated entities and public sector firms) has increased to 77 per cent as on March 2022 from 59 per cent in March 2017, while exposure to sub-investment grade companies more than halved to 7 per cent versus 17 per cent,” said Krishnan Sitaraman, senior director and deputy chief ratings officer at CRISIL.

Much of the stress in the corporate loan book has been recognised and incremental lending quality has improved. But, stress in the micro, small and medium industries has increased. The MSMEs suffered the most in the pandemic and their gross NPAs may rise to 10-11 per cent by March 2024 from 9.3 per cent as on March 31, 2022.

“While relief measures did help contain asset quality deterioration last fiscal, the segment saw the most restructuring at 6 per cent, compared with 2 per cent for the overall banking sector. About a fourth of these accounts could potentially slip into NPAs,” said CRISIL.

Gross NPAs in the retail segment are likely to be rangebound at around 1.8 per cent to 2 per cent over the medium term. While the impact of increase in interest rates and inflationary pressure on individual borrowers’ cash flows will need to be monitored, almost half of the retail loans are home loans, where borrowers have relatively better credit profiles, the ratings agency pointed.

With another year of reasonably normal monsoon and harvest, gross NPAs in the agriculture segment are likely to remain flat at around 9 per cent to 10 per cent, CRISIL added.