iPhone sales likely to be around 7 million in 2022: Techarc

iPhone user mark is expected to cross 20 million this year 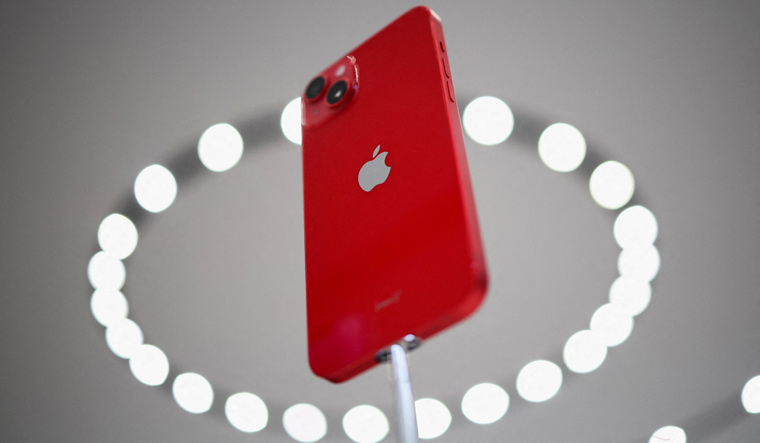 The new iPhone 14 Plus is exhibited at an Apple event at their headquarters in Cupertino, California | Reuters

Sales of premium smartphone iPhone are likely to little over 7 million in India this year, market research and analyst firm Techarc said on Thursday.

iPhone user mark is expected to cross 20 million this year, the firm said.

"Even though, iPhone is not a mass market smartphone, it has still enjoyed remarkable love and acceptance in India. Since its official launch in 2008, when just a little over 50,000 iPhones were sold in the country, today the iPhone is set to sell a little over 7 million smartphone units by the end of 2022," Techarc said.

According to the firm, the iPhone added 10 million users in the last six years.

Apple on Wednesday unveiled iPhone 14 series smartphones which will be available from September 16 onwards.

"The cohorts of frequent international business travelers and NRIs have a higher penetration of iPhones. At the same time, the states and union territories of India which have a significant population working outside the country also have a higher proportion of iPhone users. These states and UTs include Punjab, Gujarat, Andhra Pradesh and Telangana and Kerala," Techarc said.

While iPhone sales in India are expected to clock 140 times growth in sales number since its launch in 2008, the Android smartphones, which have the widest range of choice, OEMs and price points have seen a growth of 49 times for the same period.

Techarc said that a total of around 162 million smartphones are expected to be sold in India in 2022.

"The very high aspirational value of the iPhone is driving the gradual but steady switch from Android smartphones to iPhones. Currently, only a foldable smartphone form factor is something that can help Android ecosystem to retain its users in the ultra-premium category, which is a blend of productivity and uniqueness, adding to the personality of the users," Techarc said.

The research and analysis firm said that iPhone has captured over 80 per cent of the ultra-luxury segment where Samsung is the only other major brand while others including OnePlus, OPPO, Vivo, Xiaomi and Google are attempting to carve their market pie.