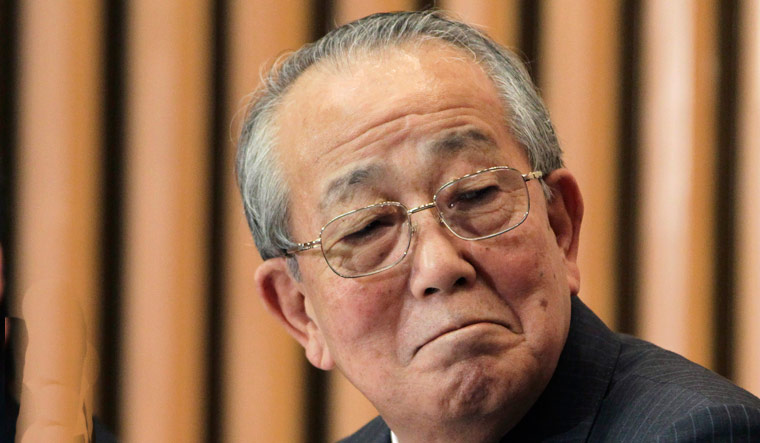 Kazuo Inamori, founder of Japanese ceramics and electronics maker Kyocera who also became a philanthropist singing the virtues of fairness and hard work, has died. He was 90.

Inamori established Kyocera as an insulator manufacturing company in 1959, with a 3 million yen investment from his acquaintances.

While struggling to build his company, Inamori came up with his philosophy of management that emphasised people, doing the right thing and what he called corporate character, the old-style Japanese equivalent of professionalism and ethical standards.

His thoughts, which were pioneering for modernising Japan, were based on the idea that workers and companies must be motivated by pure intentions, not by greed, and ultimately the desire to serve society.

His ideas spanned principles about fair competition, the proper pursuit of profit and the need for managerial transparency, as well as about living a virtuous life as an individual, for which he listed six principles: diligence, humility, reflection, gratitude, benevolence and detachment.

Superiors who seem to agree with their subordinates in all matters may appear to be loving bosses, but they are actually spoiling and ruining their employees, he once wrote.

True love requires that we rigorously seek to discern what is indeed best for others.

In the 1980s, Inamori set up a school called Seiwajyuku to teach his management philosophy in more than 100 locations, about half abroad, which claims to have taught about 15,000 business owners and entrepreneurs worldwide.

Inamori also oversaw the revival from bankruptcy of Japan's major carrier Japan Airlines, or JAL, in 2010, serving as a board member.

In 1984, Inamori established his nonprofit called the Inamori Foundation, which awarded the Kyoto Prize every year to recognise humanitarian contributions around the world.

Inamori noted that all living things, including flowers and animals, merely want to survive, and the human being is no different. To do well, you must love the work you do, he said many times, so you end up working harder than anyone else.

A private funeral was held with his family.

Inamori is survived by his wife Asako and three daughters.