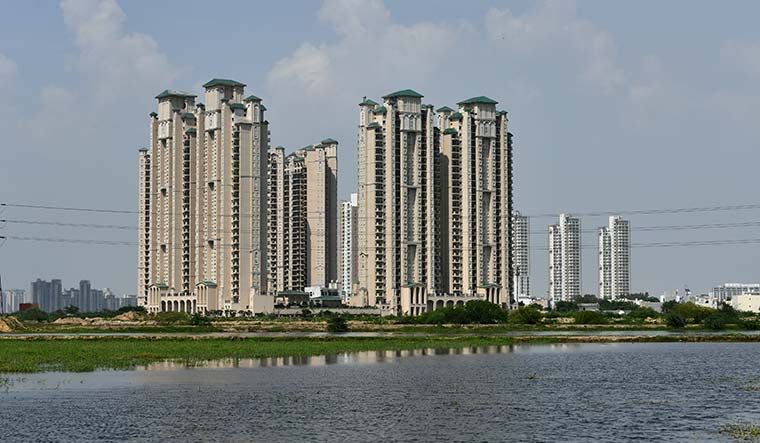 Lending rates have been on the rise in the last few months and will go up further post the Reserve Bank of India (RBI) monetary policy committee’s decision to raise the repo rate by 50 basis points. Since May, the benchmark rate at which RBI lends money to commercial banks has been raised by 140 basis points to 5.40 per cent, which is above the pre-pandemic interest rate of 5.10 per cent.

A key beneficiary of the low interest rate period during the pandemic was the real estate sector, which saw a huge recovery in residential sales. Now, the sharp rise in interest rates has developers worried as the EMIs will rise and make at least some prospective buyers rethink their plans.

According to real estate consulting firm Anarock, home sales in top seven cities in the first half of 2022 more than doubled. Anuj Puri, chairman of Anarock Group tells THE WEEK it is inevitable the interest rate increase will impact sales volumes over the coming months especially in the affordable and mid segments.

Q. The RBI raised the repo rate by 50 basis points for the second consecutive time. Did you expect this?

A rate hike was expected, but the expectation was for a maximum of 35 bps. The hike by 50 bps is definitely on the higher side, and home loan lending rates will now edge further into the red zone. This is the third consecutive rate hike in the last three months.

This hike finally marks the end of the all-time best low-interest rates regime - one of the major factors that drove housing sales across the country since the pandemic. This whammy comes along with the inflationary trends of primary raw materials, including cement, steel, labour, etc., that have recently led to a rise in property prices. Together, these factors – rising home loan rates and construction costs – will impact residential sales.

Q. Housing sales were on a rebound post the two waves of of Covid-19. Could you give us a sense of how things have panned out?

The need to own a home was accelerated during the pandemic (from second half of 2020 onwards), further aided by the offers and discounts by developers, lowest-best home loan rates (6.7-7 per cent) and thus all-time best housing affordability.

Genuine buyers capitalised on this and came forward to seal the best deals. As a result, housing sales saw significant rise quarter-on-quarter from the third quarter 2020 onwards. And the first two quarters of 2022 have been the best in a very long time even before the pre-pandemic periods.

Q. What kind of impact do you now expect on the housing sector?

To some extent it is inevitable. Low home loan interest rates had contributed significantly to the post-pandemic rise in housing sales. The repo rate hike will definitely have some repercussions on the overall housing uptake in the coming months. The hike was inevitable, but we are now entering the red zone. The rate hike will push up home loan interest rates, which had already begun creeping upward after the surprise monetary policy announcement few months ago.

However, interest rates will still remain lower than during the global financial crisis of 2008, when they went as high as 12 per cent. The current hike may reflect in residential sales volumes in the months to come, more so in the affordable and mid-segments. That said, overall demand remains healthy and the market will adjust.