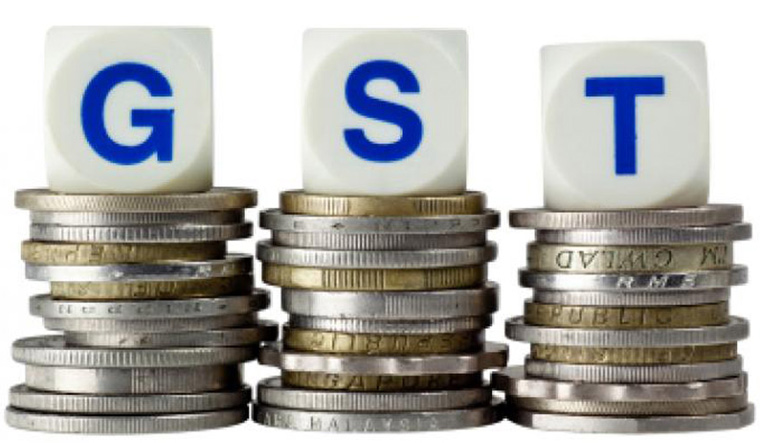 The contentious issues of extension of GST compensation mechanism for states and a highest 28 per cent tax rate on online gaming, casinos and horse racing is slated for discussion at the second day of the GST Council meeting here.

On the first day, the 47th GST Council chaired by Union Finance Minister Nirmala Sitharaman and comprising state counterparts, decided to tweak tax rates of some goods and services, including bringing pre-packed and labelled food items under the tax net to check evasion.

Besides, a host of procedural and legal changes, including monthly GST return form, and mechanisms for dealing with high-risk taxpayers were also discussed.

The Day-2 will see deliberations on more vexed issues like compensation to states beyond June 2022, and a Group of Ministers (GoM) report on 28 per cent tax on online gaming, casinos and horse racing.

While suggesting a uniform tax rate and valuation method for these activists, the Group of Ministers, headed by Meghalaya Chief Minister Conrad Sangma, said for the purpose of levy of GST, no distinction should be made in these activities merely on the ground that an activity is a game of skill or of chance or both.

The GoM has recommended that online gaming should be taxed at full value of the consideration, including contest entry fee paid by the player on participating in the game.

In case of race courses, the GoM has suggested that GST be levied on the full value of bets pooled in the totalisators and placed with the bookmakers.

In casinos, GoM recommended that the tax would be levied on the full face value of the chips/coins purchased from the casino by a player. No further GST would apply on the value of bets placed in each round of betting, including those placed with winnings in previous rounds.

With regard to discussion on the demand for an extension of compensation paid to states for revenue lost from their taxes such as sales tax (VAT) being subsumed into a national GST, beyond June 2022, opposition-ruled states have already pitched for taking a decision based on consensus in the Council.

When GST was rolled out, states were promised compensation for revenue loss till June 2022. The compensation amount was raised from levying a cess in luxury, demerit and sin goods over and above the 28 per cent tax.

Non-BJP ruled states such as Chhattisgarh want the compensation regime to be extended by 5 years or the share of states in the GST revenues be increased to 70-80 per cent from the current 50 per cent.

Kerala too wants that the compensation mechanism be extended to make good the losses suffered due to GST rollout.

As per data on revenue growth collated for the Council meeting, only five out of 31 states/UTs -- Arunachal Pradesh, Manipur, Mizoram, Nagaland, Sikkim -- registered a revenue growth higher than the protected revenue rate for states under GST in financial year 2021-22.

Puducherry, Punjab, Uttarakhand and Himachal Pradesh have recorded the highest revenue gap between the protected revenue and post-settlement gross state GST revenue in 2021-22.

In order to meet the resource gap of the states due to short release of compensation, the Centre borrowed and released Rs 1.1 lakh crore in 2020-21 and Rs 1.59 lakh crore in 2021-22 as back-to-back loans to meet a part of the shortfall in cess collection.

The Centre, last week, notified extension of the compensation cess, levied on luxury and demerit goods, till March 2026, to repay borrowing that were done in 2020-21 and 2021-22 to compensate states for GST revenue loss.