Nearly half of connections to be 5G in five years' time: Ericsson report 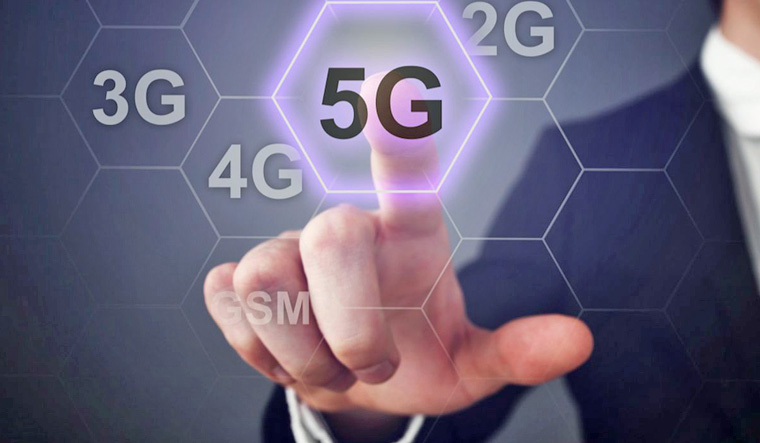 As India gets set to conduct 5G spectrum auction next month as a precursor to starting the much delayed service later this year, the scaling up from existing formats to this new-gen faster mobile internet could be faster than any transition before. As much as 40% of all mobile connections are likely to be 5G connections in five years' time, as per the latest Ericsson mobility report, unveiled Tuesday afternoon.

While 4G, the fastest mobile internet presently available, accounts for 68% of the total mobile subscriptions in India presently, it is expected to drop to 55% in 2027, as subscribers migrate to 5G once it is introduced in the country.

“Total mobile data traffic in India is estimated to grow by a factor of 4 between 2021 and 2027. This is driven by high growth in the number of smartphone users and an increase in average usage per smartphone,” said Thiaw Seng Ng, head of network evolution (India), Ericsson. The average data usage per smartphone in India is the second highest in the world, and projected to grow from 20GB as per latest figures to as much as 50GB in 2027, once 5G helps in increasing speeds and use cases.

Globally, 5G subscriptions are expected to hit 440 crore by 2027, with US and Canada expected to lead the market.

India already sells a plethora of 5G-enabled smartphones, though service has been delayed due to issues of spectrum allotment and their auction prices. Telecom companies and the government had bickered over which frequency was the best to launch 5G services, while the auction prices became another thorn on the side of progress – while telcos wanted a 90% reduction on the proposed base price for auctions, the telecom regulator eventually went in for just around 39% reduction.

A bigger issue was the question of alloting spectrum for private networks – large enterprises like those of Tatas had asked for this, something the telcos vehemently opposed, even citing national security concerns. However, the Modi cabinet last week decided to go ahead with the auctions in July, including options for private networks to bid for the air waves.

Meanwhile, not just advanced economies like South Korea and Japan, but even neighbouring nations like Thailand have kickstarted 5G services.