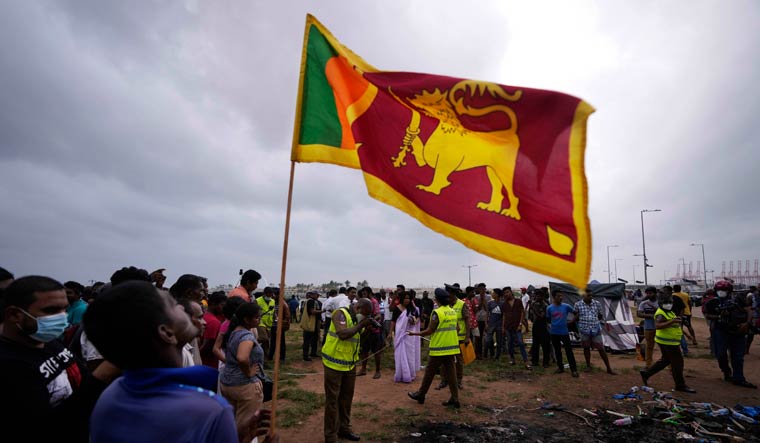 Sri Lanka's cash-strapped government has approved several measures, including imposing a 2.5 per cent social contribution tax on companies based on their turnover and declaring Fridays as holidays for most public sector employees, to facilitate the economic recovery and mitigate energy and food crisis.

Sri Lanka is currently facing its worst economic crisis since independence from Britain in 1948.

The economic crisis has prompted an acute shortage of essential items like food, medicine, cooking gas and other fuel, toilet paper, and even matches, with Sri Lankans being forced to wait in lines lasting hours outside stores to buy fuel and cooking gas.

Sri Lanka's Cabinet at a meeting held on Monday approved a bill to impose a 2.5 per cent tax on companies with an annual turnover of Rs 120 million.

The new tax named the social contribution levy will be applicable to businesses in imports, manufacturing, service providers, wholesalers and retailers, according to an official statement.

In another measure aimed at mitigating the ongoing energy crisis, the Cabinet has approved to declare Fridays as holidays for the public sector employees.

This, however, would not be applicable to the employees in the health, power and energy, education and defence sectors.

The Cabinet also approved a move to grant government officials one leave per week for the next three months to engage in agriculture to mitigate the approaching food crisis.

Sri Lanka is experiencing long queues for refuelling at pumping stations as the government finds it difficult to finance fuel imports to retain a reserve adequate for a minimum of three months.

A move to ration fuel is to be implemented from next month as the forex crisis gets worsened.

The nearly bankrupt country, with an acute foreign currency crisis that resulted in foreign debt default, announced in April that it is suspending nearly USD 7 billion foreign debt repayment due for this year out of about USD 25 billion due through 2026.