Over one crore passengers travelled under the scheme 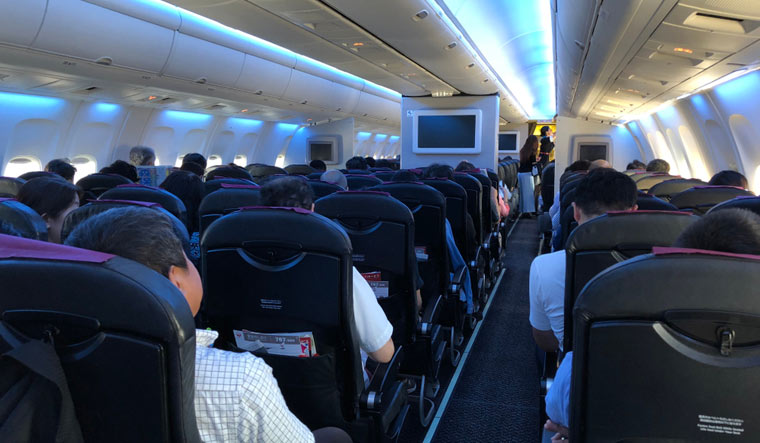 Civil Aviation Minister Jyotiraditya Scindia on Tuesday inaugurated two flights from Jabalpur in Madhya Pradesh and said that under UDAN scheme, 1.94 lakh flights were operated in the last six years in which over one crore passengers travelled.

He also said the flight movement in Madhya Pradesh has increased by 70 per cent in the last ten months.

Speaking at a function held at the Dumna airport premises in Jabalpur, Scindia said that in the last ten months the flight movement in Madhya Pradesh has increased by 70 per cent.

With the two new flights starting today, Jabalpur is now connected to eight cities and there are 160 flight movements per week against 94 earlier and connectivity to six cities when I took charge as civil aviation minister, he said.

Referring to Gwalior, his ancestral turf, Scindia said, Gwalior has 94 flight movements and connected to eight cities now as against 56 flights and connectivity to four cities nine months back".

Under the UDAN Scheme, in the last six years 1.94 lakh flights were operated in which over one crore passengers travelled. This became possible due to the subsidy provision so that the common man can also travel by air, he said.

The new terminal building (in Jabalpur) has modern facilities like aerobridge, new apron and increase in length of runway from present 2,000 metres to 2,800 metres to facilitate landing of big planes. It will be ready by next month, he said.