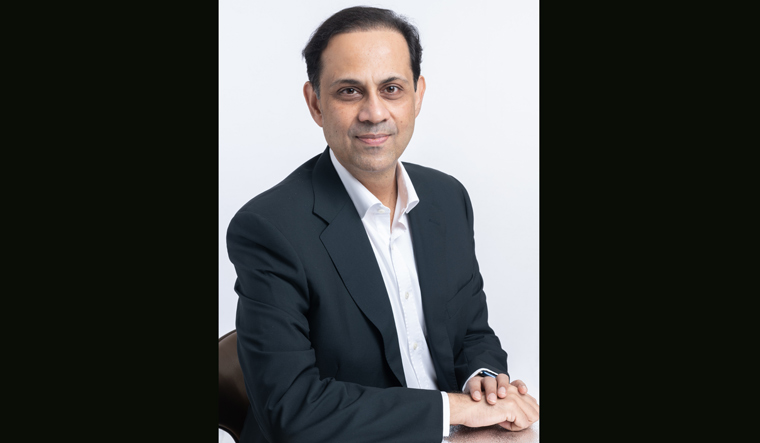 He may have one of the best-known homespun business surnames in the country, but Sanjiv Bajaj has notched up enough success in his chosen area of financial services to have come into his own over the years. The 52-year-old chairman and managing director of Bajaj Finserv, one of the biggest non-banking financial companies (NBFC) in India recently spoke to THE WEEK soon after taking over as the president of the premier business chamber in the country, the CII. Excerpts from an exclusive interview:

Price rise/inflation has waylaid all the best laid plans. What is your outlook for the Indian economy now?

Right now, we saw two quarters with reasonably strong growth & a number of sectors have already started the private investment cycle. What has played spoilsport has been the uncertainties of the war which has had an economic impact, and also inflation on the ground.

This inflation is hurting the common man because of the increase in food and fuel prices. We are hoping the monsoon turns out to be good, because then the food prices will start trending downwards. That leaves only fuel —duty cuts will (lead to) money in the pockets of the common man, which then will lead to consumption (revival). That should help us get going.

Inflation is adding to rural distress, adding on to the woes of Covid. What do you think the government can do, and how can industry help, because this directly affects consumption.

For farm-related income generation, I think a good monsoon should help.

The non-farm sector will need some continued support from the government. Just creating higher efficiencies between farm and fork, (from) purchasing, better logistics and technologies, better warehousing…will bring in better efficiencies. Which means there will be a greater amount of (disposable) money available in the system.

How does hiking interest rates impact industries and their growth plans?

I believe what you are seeing is a normalisation of rates. Rates are still very low and still very attractive for new investment. For the last four-five years, we have not seen much of an investment cycle by the private sector. As a result, capacities have continued to get used up. And now the private sector is in a situation to invest and grow.

Uncertainties of war and supply chain constraints are a bottle-neck, but I believe that if the domestic cycle increases, (it will help) because we have a very large domestic consumption economy. We have that advantage that many others don’t have.

There’s a lot of clamour for tax standardisation, particularly like including fuel under GST. Also for power. What are your thoughts on this?

GST council has been a great success…and even in the current political climate, it shows that as a country we are able to work together.

There will be a significant improvement in ‘ease of doing business’, if we can solve the issues of land, energy and labour. They become three big barriers for entry or (for existing players) expansion. And these issues are concurrent between centre and state governments. Like the GST Council if a similar council is set up between centre and states to take necessary action. This will significantly improve the ease of doing business in the country.

At CII, we will be coming out this year on an ‘Index on the cost of doing business’ where we will measure the states. This will allow states to (figure out) where they are more competitive. This will help them prioritise where to improve and what kind of business to attract.

What can the industry do when it comes to climate goals. Standing where we are after Glasgow and all the decisions made there on, what else can India do, or is that too much to ask for? Can we set a target, perhaps look at a carbon tax? Is there a suggestion from the industry?

Sustainability is one of our core themes last year and this year as well — there are a number of areas in this that CII is working on, putting together an entire mission on Net zero, and breaking it up into the various activities that need to be done.

One is to get industries to get greener over a period of time. When we change existing factories, large companies know what to do, but how do you help these small and medium-sized factories? There's a whole initiative that needs to be discussed around that.

Second is that the drive towards net zero is going to bring  new technologies and innovation of new business opportunities. Also, learn from the likes of Nordic countries who’ve been at it for years, and see and learn from them, and adapt them for our purposes.

Third is the availability of green finance. We need to channelise those, so that in the years from now we build the building blocks and allow the cycle to build its own momentum.

The transition from traditional energy to green energy also needs to be properly planned between government and industry so that the drive towards new energy, we also understand the challenges and the time it takes to build new capacities. So (we should ensure that we) don’t get caught like some of the western nations are facing now, they let go of conventional energy and are not built enough on the renewable side that they don’t have any energy left!

Do you think meeting climate goals put our businesses at a disadvantage?

Let’s put it this way — just because we don’t know what can be the negatives of climate change, we are assuming that the efforts to become greener is going to hurt us. Look at what it does to crops when temperatures go up the way it has in the last 2-3 weeks! What does that do to production, to starvation?

If there is one thing you would like to ask the government, what would that be?

I honestly believe India’s time has come. I don’t have one thing to ask. I only want the government and industry trusting each other and working together. And this government has already started doing that.