Thank you for the music

iPod may be off the shelves, but the music, and the memories, live on 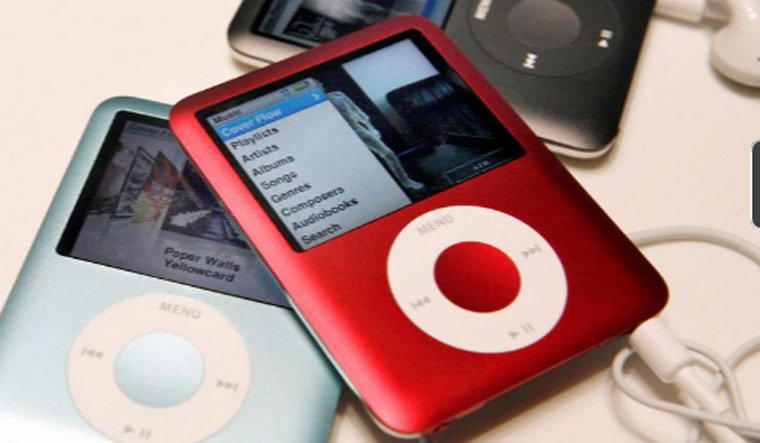 I check almost all the boxes to what is globally, often rather derisively, referred to as an 'Apple fan boy' – the devices doting my bedroom all come with that pride-evoking, half-bitten fruit-of-temptation trademark that is instantly recognisable from Delhi to Denver and everywhere in between (and a few hundred kilometres up on the ISS, too, I bet).

Yet, nothing beats the pride and preciousness of that moment so long ago when I got my first ever Apple product. An iPod.

Those were different times. In the 2000s,  as the world opened up after the end of the Cold War, WTO deals led to a 'global village' effect and the internet gave everyone the world at their fingertips, it upended the conventional, controlled environment of the music industry. New technologies like MP3 meant songs could be copied and shared across the world through computers at the press of a button. File sharing upstarts like Napster shook the industry to its roots (earning him even a Time cover), and while record companies with the help of law enforcement managed to shut Napster down, the impact was longlasting. The proliferation of the internet also meant diverse tastes were mushrooming, and making their presence felt. No longer were the young content to have radio stations, record companies and MTV tell them what to listen – trends were now being set online, in clubs, by DJs and on peer-to-peer music file sharing sites (and later, via social media).

Steve Jobs's iPod was sort of like the knight in shining armour then, bringing order into this chaotic world. Yes, there were portable MP3 players even before it, but the iPod, with its sleek, shiny frame, easy-peasy functionality and rotary interface was music to the ears (literally!) for aficionados. While the first generation iPod came out under the shadow of the 9/11 terror attacks, it was more talked about than brought, because of the hefty price tag.

A little bit of price rejig, the quick realisation that iPod, along with the iTunes music library where you can legally buy digital music, was the one opportunity for the industry and artists to take control (and copyright) back from the digital pirates, meant there was no looking back. Ipod sales skyrocketed, with the kind of enthusiasm at flagship Apple stores that were to be a mainstay in later years, thanks to the iPhone. A move in the mid-2000s to provide a Windows-compatible version of iTunes (Jobs had to admit that vast majority of people still used Windows rather than the Apple Mac) also helped take the iPod revolution way more mass.

Ipod's brilliance was in its simplicity. And the fact that music, always something that evokes passion, was involved. The Sony Walkman may have been a path-breaking pre-cursor to music mobility, but for all its cool quotient in the 1980s when it first came out, there was still a limit to how much you can listen – the cassette with its 10-20 songs that you load on to it, plus maybe whatever cassettes (and later CD) you can physically carry.

The iPod made it limitless. As Jobs niftily demonstrated at the launch event, it could be thousands of songs, all possible to niftily organise in playlists as per your choice. Want a new song? Simple – hook it to your computer's iTunes and buy one for just 12 or 15 rupees (99 cents internationally)! It is no wonder then that some 45 crore iPods have been sold in the last two decades, until this week when Apple finally decided to discontinue it.

One out of that 45 crore was a shiny black U2 special edition iPod I was gifted, courtesy that benevolent friend in Dubai. On his first visit home after landing a job in the dream desert town, Prat got me a dream-come-true. “I know how much you like U2's songs like 'I Still Haven't Found What I'm Looking For'' and how much into music you are. So I am sure you'll like this,” he had said excitedly.

He perhaps missed out on how equally fascinated I was with Steve Jobs's creations, too. Even for a music buff who, while growing up, had seen the whole gamut from LP to cassettes to CD, the iPod felt like being in a different league altogether. I could listen to the music I wanted, when I wanted – all I had to do was plug in my ear pods. Or, as I increasingly tended to do, hook up the device to my music system speakers (whose cassette decks and CD drives promptly became unemployed for life).

The iPod's position in the history books may be more as the harbinger to the iPhone, and the ensuant mobile revolution that followed. Yet, for me and many other music buffs, it remains liberating to a degree that was unthinkable – until it actually became a reality. Finally there was a soundtrack to our lives, as we went for a jog, took a train ride or just plain waited somewhere for something or someone. The iPod may be RIP, but it's not the day the music died. It lives on, along with the memories.