entre has also pointed out anomalies in the state's loan statements 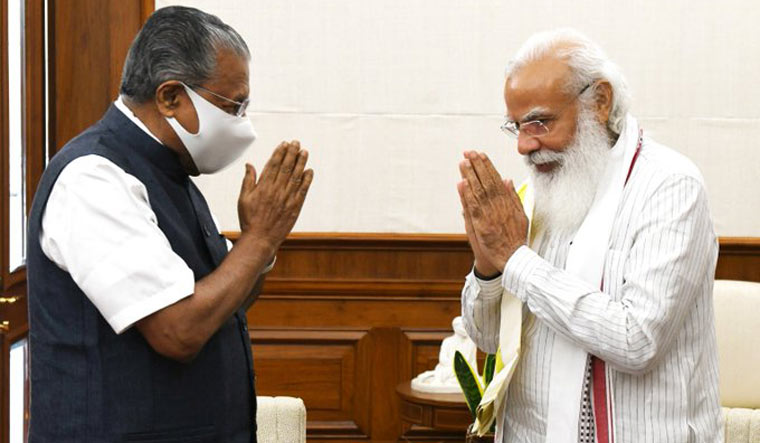 Barely a month into the new financial year, Kerala may be heading towards a severe economic crisis with the Centre rejecting its request to raise funds through loans.

Besides refusing approval for loans, the Centre has also asked the state for clarity in the statements of loans availed in the previous financial year.

A delay in receiving the Centre's nod may force the state to clamp financial restrictions. The state government has already imposed certain curbs on treasury transactions.

The state government, however, has been opposed to this suggestion. The Centre has also pointed out anomalies in the state's loan statements.

Kerala can avail a maximum loan amount of Rs 32,452 crore during the current fiscal. Normally, states are allowed to raise loans through bonds in the beginning of the financial year itself. Kerala had made preparations to avail a loan of Rs 4,000 crore this month, but has been pushed into a crisis with the Centre refusing approval.

The state government has imposed treasury restrictions on clearing bills over Rs 25 lakh. It is also mulling clamping more curbs in tune with the state's financial health. Though the Kerala State Transport Corporation has sought funds for disbursing the salaries of its employees, the government has adopted a stand against approving its request.

The office of the Kerala finance minister, meanwhile, said the state had already made a request to the Centre to allow it to raise loans. The office is expecting the approval this month itself. The statements the Centre had asked had been submitted, the minister's office added.

Though the office claimed that no Indian state has received Central approval for availing of loans, it is learnt that Andhra Pradesh, Haryana, Jammu and Kashmir, Maharashtra and Punjab have got the Central government nod.