'Why tariffs on bicycles or underwear?' US hints at easing trade tension with China

Daleep Singh acknowledges the tariffs may have given US some leverage 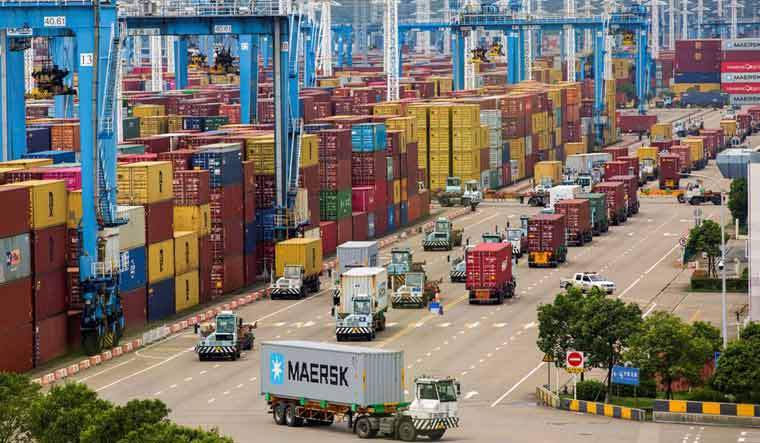 As the US battles inflation, an official of the Joe Biden administration suggested on Thursday it could lower tariffs on a range of 'non-strategic' Chinese imports.

The tariffs were imposed by the previous Donald Trump administration, sparking a trade war with China.

Deputy National Security Adviser Daleep Singh acknowledged the tariffs may have given the US some negotiating leverage, but served no strategic purpose.

He was speaking at an event hosted by the Bretton Woods Committee. Singh said “It could be that in this moment of elevated inflation and China having its own very serious supply chain concerns... maybe there's something we can do there [lowering tariffs],” Reuters reported.

Singh referred to the objective of keeping some tariffs in place. “The United States could use tariffs to advance strategic priorities such as strengthening critical supply chains and maintaining U.S. preeminence in foundational technologies and to support national security, Singh said,” Reuters reported.

He added “For product categories that are not implicated by those objectives, there's not much of a case for those tariffs being in place... Why do we have tariffs on bicycles or apparel or underwear?”

The Biden administration had been moving slowly to ease trade tension with China. “U.S. Trade Representative Katherine Tai has restarted an exclusion process that could lower tariffs on some Chinese goods, but has made no major moves to wholesale remove tariffs on hundreds of billions of dollars of Chinese goods,” Reuters reported.

In December, US Treasury Secretary Janet Yellen said lowering the Trump-era tariffs through an exclusion process could help ease some inflationary pressures.