That should put India1 in good stead to be a large ATM network with over 20,000 ATMs 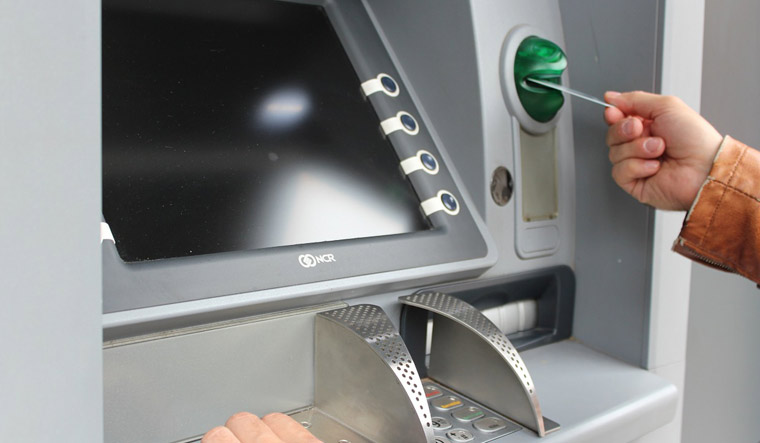 IPO-bound India1 Payments Ltd, which is currently rolling out 300-400 ATMs in a month, is hopeful of deploying over 20,000 such machines in the next 4-5 years to ensure cash availability to customers in semi-urban and rural areas, it's MD and CEO K Srinivas said on Sunday.

''The hike in interchange fees by RBI coupled with various structural growth drivers, including an expected increase in cash withdrawal transactions, will accelerate White Label ATMs deployments in the country,'' he said.

The ATMs which are set up, owned, and operated by non-bank entities are known as White Label ATMs (WLAs).

At present, the Bengaluru-headquartered company operates a network of 10,300 WLAs and deploys its ATMs under the brand name of ''india1ATMs''.

It is the second-largest ATM brand in the semi-urban and rural areas after the State Bank of India (SBI).

India1 Payments, promoted by the Banktech Group of Australia and formerly known as BTI Payments, has installed these machines mostly in semi-urban and rural areas across 14 states and union territories.

''In the calendar year, 2021 India1 has rolled out more than 3,000 ATMs and is likely to continue at the same pace in next 4-5 years given the low penetration of ATMs in semi-urban and rural India. That should put India1 in good stead to be a large ATM network with over 20,000 ATMs,'' Srinivas told PTI.

He further said the company will continue to focus on states like UP, Bihar, and West Bengal which have low penetration of ATMs.

The company focuses on ensuring the availability of cash in its ATMs, especially those located in rural areas.

''We are mindful that when a customer comes to our ATMs in rural areas after traveling 8-9 km then he should be able to withdraw money,'' he said.

Srinivas said the company may consider deploying ATMs in the northeast region next year. Currently, the company has no presence in the area.

''We are committed to improving financial inclusion through the accessibility of our ATM services in the under-penetrated semi-urban and rural areas of the country,'' he said.

According to the latest data from the RBI as of September, there were 2.4 lakh ATMs in the country, of them around 28,000 are white-label machines.

The company has grown over 15 percent over last year and accounts for more than 50 percent of incremental ATMs deployed in this period.

It services over 72 million customer transactions and facilitates a gross transaction value of over Rs 13,600 crore every quarter on average.

On the company's future growth strategy, Srinivas said the company will continue to expand its ATM network in semi-urban and rural regions, improve local operational capabilities and drive profitability through customer engagement and cost optimization. In addition, the company will focus on offering micro-ATM services in remotest areas among others, he added.

India1 Payments, promoted by Banktech Group, was incorporated in the year 2006 and subsequently invested by ICICI Ventures in 2013.

The company, which has already received Sebi's go-ahead to float initial share-sale, plans to come out with its public issue in the coming months.

The initial public offering (IPO) comprises fresh issuance of equity shares worth Rs 150 crore and an offer of sale (OFS) of 1.03 crore equity shares by promoters and investors.

Proceeds from the fresh issue will be utilized to repay debt, for funding capital expenditure requirements of the company, setting up of ATMs in India, and general corporate purposes.