The drug will be sold under the brand name Molnulup 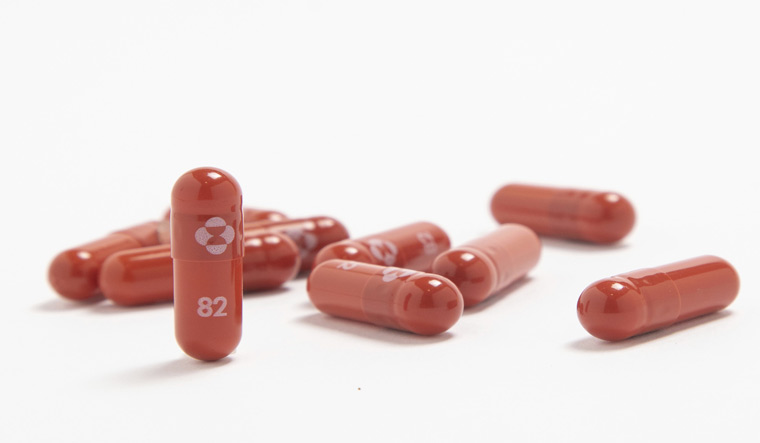 Molnulup has received emergency use authorisation from the Drug Controller General of India (DCGI) for treatment of adult patients with COVID-19, specifically those with oxygen saturation less than 93 per cent and those who have a high risk of progression of the disease including hospitalisation.

Molnupiravir, an oral antiviral drug, had been approved by the US FDA and UK’s pharma regulator for treatment of mild-to-moderate cases of COVID.

A Lupin statement said, “Administered orally, Molnupiravir inhibits the replication of SARS-CoV-2, the causative agent of COVID-19. Pre-clinical and clinical data have shown Molnupiravir to be effective against the most common SARS-CoV-2 variants including Gamma, Delta, and Mu variants. Molnupiravir should be initiated as soon as possible after a diagnosis of COVID-19 and within five days of onset of symptoms.”

Molnupiravir has been described as a game changer for patients who come under the most vulnerable category such as the elderly and obese and people with diabetes and heart disease.

Rajeev Sibal, president, India Region Formulations (IRF) for Lupin, said, “The approval for Molnulup is timely as India is again experiencing an upward spike in COVID-19 incidences. In the past two years, since COVID-19 has emerged, there is a need for an oral antiviral medicine that can be prescribed by the Healthcare practitioners and then taken by the patients conveniently at home. Through our strong distribution network, we will make Molnulup readily available at pharmacies Pan India to meet patient demand.”