Google deal or not, trust Sunil Mittal to pull off a magic for Bharti Airtel 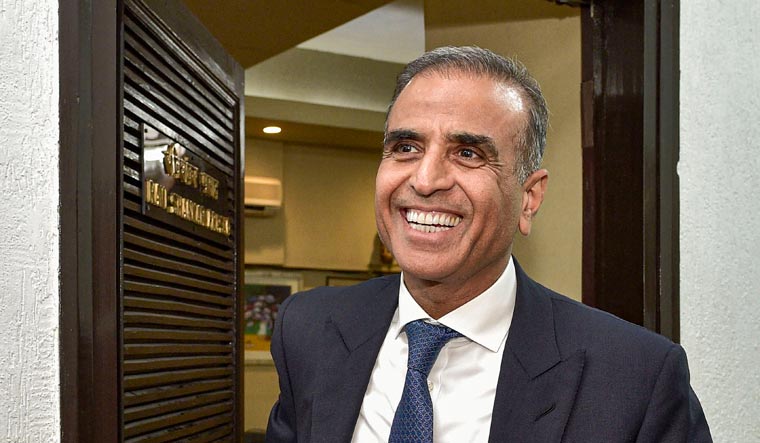 Offence is the best defence. That may well be the strategy at play as Airtel holds its annual general meeting on Tuesday. After the big ticket announcements earlier this week, all eyes are on whether founder-chairman Sunil Bharti Mittal will pull more rabbits out of the hat.

Speculation has been rife over the last few days over a tie-up between the Silicon Valley tech giant and the original big daddy of Indian telecom. So much so that on Monday night, stock exchange authorities asked the Gurugram-based behemoth to clarify if Google was in talks to make large investments in Airtel, as it appeared in some media reports over the weekend.

Google or not, it is now pretty clear that Bharti Airtel not just intends to scrape through the current mess that India’s telecom sector finds itself in, but will come out surviving and shining through. And take on Ambani with all his might if the market ends up in a duopoly if Vi (formerly Vodafone-Idea) crashes out. At the Sunday board of directors meeting, the company decided to go in for a Rs 21,000 crore rights issue to beef up its capital. One day later, at an investor call, founder-chairman Sunil Bharti Mittal reiterated his belligerent stand saying more tariff hikes were on the cards, with an eventual aim of hitting Rs 200 ARPU, or average-revenue-per-user, the crucial metric used to evaluate a company’s revenue flow. Currently, Airtel’s ARPU is at Rs 146, having grown just Re 1 from Rs 145 in the March quarter.

The already announced decisions of going for a rights issue to raise money signals that Airtel is set to not just flex its muscles, but pump it up in anticipation of future competition. Analysts estimate the fresh capital will help the company in the upcoming spectrum sales, invest in 5G infrastructure, and also ramp up its telecom capacities to cater to customers ditching Vi.

Vi has been labouring not just under massive debts, but a body blow in the form of the Supreme Court’s aggregated gross revenue (AGR) judgement. While AGR is applicable to most operators, it’s the heaviest on Vodafone-Idea, totalling more than Rs 58,000 crore—it has paid nearly Rs 8,000 crore so far, and the remaining Rs 50,000 crore or so is to be paid over a period of 10 years as mandated by the SC. The company’s gross debt as of last financial year was Rs 1.8 lakh crore. However, with subscribers ditching it in droves and stakeholders saying they will not infuse any more money into the company, its survival seems impossible without either a government intervention or a new benevolent investor stepping in.

While that’s an opportunity worth plucking, the collapse of Vi will also put more strain on Airtel, with the telecom sector turning into a two-player field. It is never a comfortable feeling when the sole mighty rival sniping away at you is Reliance Jio, already the market leader with very deep pockets to boot.

But trust Sunil Mittal to land on his feet by pulling one trick or another, as history has shown. Every time the company has been in the doldrums—from when its African expansion did not turn out as expected to when Jio upended the market with dirt-cheap data plans and forced him to reduce his own tariffs—he has whipped out a trick, usually involving fresh funds. The deal with SingTel a few years ago, as well as small stake and asset sales since then, stand testament to his dextrous survival skills. The upcoming stake sale will also dilute promoter holdings by a further 7 per cent, from the current nearly 56 per cent (Airtel holds 24.13 per cent and SingTel holds 31.72 per cent).

While the company’s debt of Rs 1.6 lakh crore may look humongous, what works in its favour is the fact that its revenues have been stable and while the future may be challenging, it holds potential. More tariff hikes (the company increased the entry level threshold for prepaid users from Rs 49 to Rs 78 last month) as well as fresh customers (even if they are poached from Vi) will be good news. Having an ally like Google in such a scenario will only be the icing on the cake.