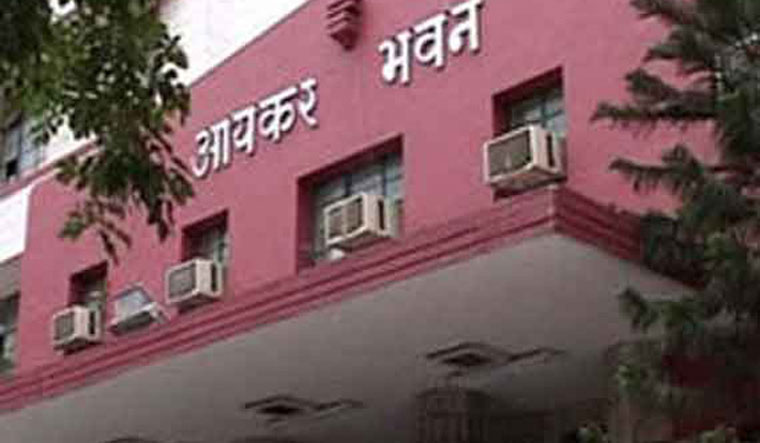 Two days after the Income Tax Department conducted searches on the offices of the Dainik Bhaskar Group, tax officials say the raids uncovered evidence of unpaid taxes on Rs 700 crore worth of income, including signs of violations of stock market rules and evidence of profits being siphoned off from listed companies.

"During the search, it was found that they have been operating several companies in the names of their employees, which have been used for booking bogus expenses and routing of funds... Several of the employees, whose names were used as shareholders and directors, have admitted that they were not aware of such companies," the tax department said in a release.

"Such companies have been used for multiple purposes namely booking bogus expenses and siphoning off the profits from listed companies, routing of funds so siphoned into their closely held companies to make investments, making of circular transactions etc," it said.

"The quantum of income escapement using this modus operandi, detected so far, amounts to Rs 700 crore spread over a period of six years. However, the quantum may be more as the group has used multiple layers and investigations are being carried out to unravel the entire money trail," it added.

The IT department on Saturday said its raids had also uncovered evidence of Securities and Exchange Board of India (SEBI) norms being violated. A total of 26 lockers have been found at the homes of the promoters and key employees of the group, which are being operated, the tax department said.

“Cyclical trading and transfer of funds among group companies engaged in unrelated businesses to the tune of Rs 2,200 crore has been found. The enquiries have confirmed that these have been fictitious transactions without any actual movement or delivery of goods. The tax effect and violation of other laws is being examined," it said.

"The listed media company does barter deals for advertisement revenues, whereby immovable properties are received in lieu of actual payments. Evidences have been found indicating cash receipts in respect of subsequent sale of such properties. This is under further examination," it added.

The raids had resulted in an outcry from opposition leaders who alleged they were politically motivated. Dainik Bhaskar said the raids were in response to its coverage of the COVID-19 situation during the second wave. "The government has clamped down on the group that represented an accurate picture of what happened to the country during the second wave of Covid-19," the paper said in a statement.

The Editors Guild of India also expressed its concern about the raids, saying it came against the backdrop of the paper’s “in depth reporting on the pandemic...which brought to fore the gross mismanagement by government authorities and the immense loss of human lives.” The Guild called the timing of the raids “concerning” and said it was concerned that “government agencies are being used as a coercive tool to suppress free and independent journalism.”

However, Union Information and Broadcasting Minister Anurag Thakur said the agencies were just doing their jobs. "Agencies are doing their own work and there is no interference...One should take complete information and in its absence sometimes many issues come up that are far from the truth..," he told reporters at a Cabinet briefing on Thursday.

The Income Tax department had conducted multi-city raids against two prominent media groups—Dainik Bhaskar and Bharat Samachar. The Dainik Bhaskar Group has a turnover of more than Rs. 6,000 crore per annum, and has 20 residential and 12 business premises spread over 9 cities including Mumbai, Delhi, Bhopal, Indore, Noida and Ahmedabad, the IT department said.