Fear not, vintage car owners: All you need to know about the motor vehicle scrap policy

If your vehicle is growing old, but is not vintage, prepare for more expenses 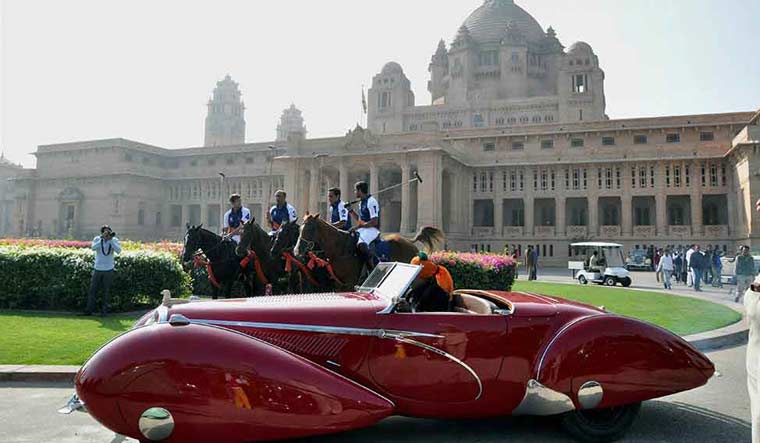 Is your vehicle over 50 years old? Have you maintained it in its original form, without substantial overhauls? And do you promise not to use it commercially? If the answer is yes, you have little to worry about from the coming voluntary vehicle scrapping policy —besides the Rs 20,000 registration fee you need to register a new vehicle as a “vintage car”.

For owners of the Ambassador Mark II produced between 1969 and 1975, many versions of which are already older than 50 years, its inclusion in the vintage car category will be a relief: Owners of cars even slightly younger will find new hurdles to overcome, most notably, the coming vehicle scrapping policy.

The policy, announced by Road and Transport Minister Nitin Gadkari in March and mentioned in this year’s Union Budget, will provide for a voluntary scrapping scheme for passenger vehicles over 20 years of age and commercial vehicles that are over 15 years old.

All in all, the policy direction looks to de-incentivise owners of internal combustion engine cars, perhaps keeping in line with Gadkari’s ambitious 2017 promise to have only electric vehicles sold in India after 2030.

It’s not all fines and gloom though: The policy seeks to incentivise those who buy new vehicles. There’s a twofold rationale behind this too: The auto sector has been aching for better days for years, and a renewed consumer interest in new cars would help the manufacturing sector. Little surprise then that the Society of Indian Automobile Manufacturers (SIAM) has supported the move, with President Kenichi Ayukawa having called for a fitness-based testing regime for in-use vehicles).

Dedicated vehicle scrappage centres are to be set up across India (automakers Mahindra and Renault have already taken the lead by launching their own dedicated vehicle scrapping services). These Authorised Vehicles Scrapping Facilities (AVSF) are expected to generate jobs across the country, particularily in the informal sector—where which dominates the existing "waste economy" of scrapping and recycling.

Questions remain as to how the existing industries will formalise these informal sectors, and whether existing recycling setups are advanced enough to handle large volumes of heterogenous car waste—which will range from metals to upholstery to batteries to everything else.

For owners, however, there could be some relief at the regional transport office (RTO). The draft rules had proposed a “certificate of scrapping” that former owners could use to receive a concession in motor vehicle tax of up to 25 per cent for non-transport vehicles and 15 per cent for transport vehicles, available for up to eight years and 15 years respectively.

The rules will also advise auto-makers to offer up to 5 per cent discount to those who are scrapping their old vehicles (however the policy does not make clear why automakers, already operating under tight margins, would do this).

Altogether, there could be more changes to the policy, which is expected to come into force in October.

With newer models growing less polluting, with the possibility of an electric vehicle (EV) revolution just on the horizon, there is good cause to push Indians to replace their ageing fossil-fuelled vehicles.

According to the Central Pollution Control Board, there were over 72 lakh end-of-life two wheelers on the road in 2015, estimating over 87 lakh vehicles likely to be in the end of life vehicle (ELV) status in total. By 2025, it estimated this number would reach 2.1 crore. This is over half the number of vehicles plying in the United Kingdom.

What does it mean for vintage car owners?

For vintage car owners, some much needed clarity came after a notification on July 15.

The Centre in November last year had said it intends to formalise the registration process of the vintage motor vehicles, and had sought public comments for proposed rules regarding this.

"With an aim to preserve and promote the heritage of vintage vehicles, the MoRTH has formalised the registration process of vintage motor vehicles in India," Gadkari said in a series of tweets.

With no existing rules for regulating the process of registration across different states, Gadkari said the new rules shall provide a hassle-free process along with salient features such as retention of old number for already-registered vehicles and a 'VA' series (unique registration mark) for fresh registrations.

A vintage motor vehicle is allowed to run on Indian roads only for display, technical research or taking part in a vintage car rally, refuelling and maintenance, exhibitions, vintage rallies, and to and fro to such exhibition or car rally.

The government had said the objective is to preserve and promote the heritage of old vehicles in India.