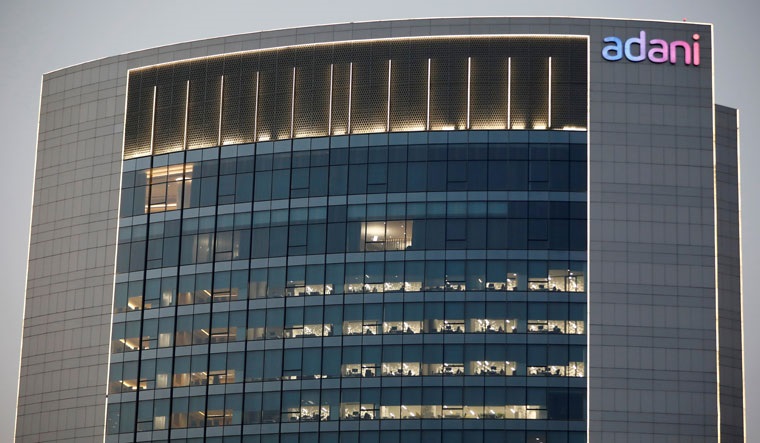 An Adani Group building on the outskirts of Ahmedabad | Reuters

Albula Investment Fund, which has invested in some of the Adani Group companies, has denied report that its account had been frozen by National Securities Depositories Ltd (NSDL).

Albula told a TV channel that the fund was not blocked and was fully operational. Reports of account being frozen are false and manipulative in nature, it said.

APMS Investment Fund also clarified later that the subject fund was not frozen and maintained full as well as normal trading operations globally.

On Monday morning, the Economic Times newspaper had reported that the NSDL has frozen accounts of three foreign funds that predominantly own stakes in some of the Adani Group companies. The news sent Adani Group's shares crashing.

Adani Enterprises fell as much as 25 per cent in morning trade, before recovering a portion of the losses after it clarified later in the day that the news was “blatantly erroneous” and done to “deliberately mislead the investing community.” The shares still ended 6 per cent lower. Adani Ports also declined over 8 per cent. Adani Power, Adani Transmission and Adani Total Gas also fell 5 per cent.

“Given the seriousness of the article and its consequential adverse impact on minority investors, we requested Registrar and Transfer Agent, with respect to the status of the Demat Account of the aforesaid funds and have their written confirmation vide its e-mail dated 14th June, 2021, clarifying that the Demat Account in which the aforesaid funds hold the shares of the company are not frozen,” it said in a statement.

Separately, Adani Group said its portfolio continues to attract investors and strategic partners both at primary and secondary level.

"Adani portfolio continues its journey of exponential growth across all verticals thus ensuring immense value to its stakeholders. We urge all our stakeholders not to be perturbed by market speculations," it said.

The Group's EBITDA (earnings before interest, taxes, depreciation and amortization) rose 22 per cent in financial year 2021 to Rs 32,300 crore from Rs 26,400 crore and based on the current announcements and disclosures, similar growth is expected in March 2022, it added.

Albula, Crest and APMS Investment Funds are based out of Mauritius and hold stakes in several Adani Group companies.

Bloomberg had recently reported that 95 per cent of the assets of some of the Mauritius-based funds, including APMS, Albula and Cresta, among a couple of others, are in Adani Group companies alone.