What next for Franklin Templeton MF after SEBI jolt?

SEBI had come down heavily on the mutual fund house 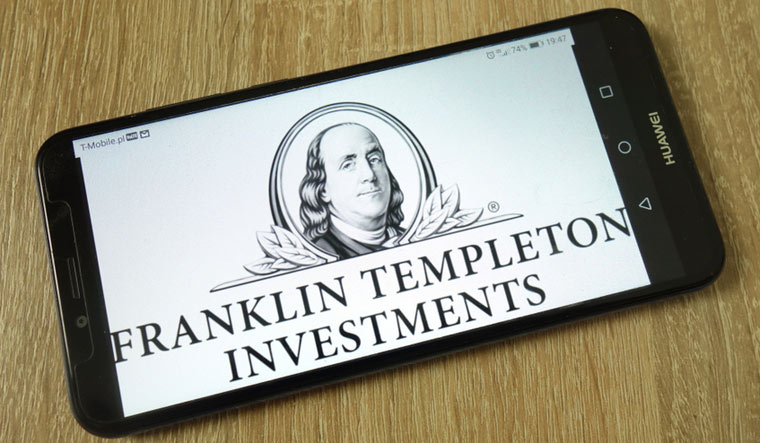 Franklin Templeton Asset Management India is set to approach the Securities and Appellate Tribunal against the Securities and Exchange Board of India’s order barring it from launching new debt fund schemes for the next two years.

The market regulator had come down heavily on the mutual fund house on how it managed the six debt funds that it suddenly shut last year.

Franklin Templeton had spooked investors when it suddenly announced in April 2020 that six of its fixed income schemes would be wound up. It had cited significantly reduced liquidity in the Indian bond market and unprecedented levels of redemption in the wake of the COVID-19 pandemic and nationwide lockdown for the move. At that time, FT was India’s eighth largest mutual fund house.

In its investigation, SEBI found various lapses/violations in regards to scheme categorisation, calculation of macaulay duration (to push long-term papers into short-duration schemes), non-exercise of exit options in the face of emerging liquidity crisis, securities valuation practices and risk management practices and investment related to due diligence.

“While it is easy to shift the blame for such mishaps onto black swan events, regulatory changes, etc, the noticee needs to seriously introspect and put in place robust risk control and due diligence mechanisms, given that the rest of the industry has been able to cope with the events and survive through the crisis period of the COVID-19 pandemic, without reaching the point of winding up,” it said.

The regulator felt that serious lapses and violations appeared to be a fall out of Franklin’s obsession to run high yield strategies without due regard from the concomitant risk dimensions.

“For a fund house which has been in this industry in India for over two and a half decades, it is surprising that its systems to monitor and manage critical risks like liquidity, credit and concentration are less than robust. The effectiveness of these systems stand compromised in the process of the noticee’s single minded pursuit of reaping high yield,” said SEBI.

Franklin Templeton has been prohibited from launching any new debt schemes for two years. SEBI also wants the fund house to refund management and advisory fees totalling Rs 451.63 crore that were levied on the shut debt fund schemes. A 12 per cent interest was also imposed by SEBI on this amount, so the total would go up to Rs 512.50 crore. Separately, a penalty of Rs 5 crore was also imposed for violating various sections of the SEBI act.

The fund house certainly disagrees with the order.

“We place great emphasis on compliance and believe that we have always acted in the best interest of unitholders and in accordance with regulations. As stated previously, the decision by the trustee in April 2020 to wind up the funds was due to the severe market dislocation and illiquidity caused by the COVID-19 pandemic and was taken with the sole objective of preserving value for unitholders,” a Franklin Templeton spokesperson said.

It further added that the schemes had followed a consistent strategy of investing in credits across the rating spectrum and delivered meaningful outcomes to investors over long periods of time. Many of these holdings were now being liquidated by the schemes at fair value under normal market conditions, it pointed.

Not being able to launch any new debt scheme for two years, may certainly hamper its growth prospects to an extent at a time the economy is expected to rebound after the COVID-19 pandemic and fund raising is seen picking up. FT has said it will approach the SAT against the order; which way the appellate tribunal leans and whether the fund house does get any relief will have to be watched out for.

For now the immediate priority and the focus for the fund house is to continue to work with the court appointed liquidator in liquidating the portfolio of the six shut debt fund schemes and to distribute the money to the unitholders of the schemes.

Status of the funds distribution

At the time the fund house had announced the closure of the schemes, the schemes had around Rs 25,000 crore in assets under management. As of April 30, 2021, the six schemes under winding up had distributed Rs 14,572 crore to unitholders, which it said was about 58 per cent of the AUM as on April 23, 2020. Additionally, Rs 3,205 crore was available for distribution in the first week of June, 2021. That will bring the total amount distributed to unit holders to Rs 17,777 crore, which is around 71 per cent of the AUM as on April 23, 2020.

What next for Franklin Templeton?

“Since 1995, India has been an integral part of Franklin Templeton’s global footprint, and it remains so today. We continue to manage over Rs 61,000 crore of AUM (monthly average AUM as of March 2021) for over 2 million investors in India,” said Sapre in a letter to investors.

The fund house currently manages over Rs 50,000 crore in equity and equity hybrid funds and the performance of the key equity funds has improved significantly over the last few quarters as the economy has started to gather pace, he added.