Jio, Airtel's 4G footprint to strengthen after the telcos spend big on spectrum

Jio paid Rs 57,123 crore to bag almost half of the spectrum that was sold 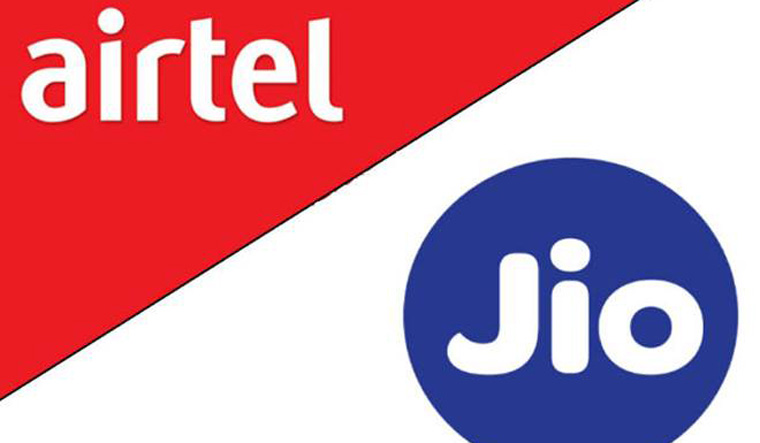 The auction of telecom airwaves that concluded in just two days on Tuesday was perhaps the shortest in the past decade. Reliance Jio, the country’s largest telecom company, spent big and bagged almost half of the spectrum that was sold, while at the other end Vodafone Idea, which has been losing customers, spent the least.

How the telecom companies went about in the auction was hardly surprising. Jio spent the most, to acquire new spectrum as well as renew existing spectrum, in 16 circles. In total, Jio paid Rs 57,123 crore to buy 488 megahertz of spectrum of the 855.6 megahertz that was sold.

The company now has the largest spectrum holding in the sub-GHz band (800 MHz). It renewed higher spectrum in most metro and A circles (Delhi, Mumbai, Maharashtra, Kerala, Karnataka, Kolkata, Tamil Nadu, and West Bengal), according to analysts at Motilal Oswal Financial Services.

Jio said it has achieved complete spectrum derisking, with an average life of owned spectrum of 15.5 years.

“Jio’s spectrum purchases were substantially higher as we believe that it has been facing capacity challenges in key circles, impacting service quality and moderation in subscriber additions in the last few months,” said Naval Seth, research analyst at Emkay Global Financial Services.

Vodafone Idea, on the other hand, bought the least spectrum; spending Rs 1,993 crore to acquire 11.8 MHz in five circles. Vodafone Idea, while financially constrained, already had a large pool of spectrum following the merger of Vodafone with Aditya Birla Group’s Idea Cellular. The company said it used this opportunity to optimise spectrum holding post-merger to create further efficiencies in few circles.

“Vodafone Idea entered this auction holding the largest quantum of spectrum with a very small fraction, which was administratively allocated and used for GSM services, coming up for renewal,” it pointed out.

Analysts at Motilal Oswal, however, said the amount the company spent was 76 per cent lower than what was required for renewal of spectrum.

Meanwhile, Bharti Airtel spent Rs 18,699 crore to acquire 355.45 MHz of spectrum. The company says it has now secured pan India footprint of sub-GHz spectrum, which will help improve its deep indoor and in building coverage in every urban town.

“Through this auction, Airtel has also decisively strengthened its mid band and capacity spectrum holdings that will help it provide an exceptional customer experience at marginal capex,” it said.

Importantly, analysts note that Airtel’s Rs 18,699 crore spending was way more than the Rs 13,000 crore required for renewal of spectrum and will increase its spectrum capex by 44 per cent in the year ending March 2022. Also, according to Emkay’s Seth, Airtel’s spectrum purchase in metros was negligible; its average spectrum holding per circle after these auctions has increased to 65.8 MHz.

“Bharti Airtel and Jio’s participation with focus on both coverage and capacity spectrum enhancement was in line with our expectations. However, the quantum of spectrum purchase was significantly higher than expected, especially for Jio,” Seth said.

“Despite the large amount of spectrum made available, the 700 MHz band did not get any bid from the operators as it made no economic case for them based on the high reserve prices,” said Airtel.

While the focus was on strengthening and consolidating 4G coverage, companies may have also preserved resources for the future auctions of 5G spectrum, which companies are keen on rolling out.

“With our increased spectrum footprint, we are ready to further expand the digital footprint in India as well as get ourselves ready for the imminent 5G rollout,” said Mukesh Ambani, chairman of Reliance Industries.

However, pricing will be a key determinant on how companies respond to 5G auctions.

“In the next few years, the industry readies to deploy 5G technology with India specific use cases. We are hopeful that a large quantum of spectrum in globally harmonized bands, will be made available for all operators in the future as well as it would be at fair prices that allow operators to have ability to rapidly rollout networks,” said Vodafone Idea.