Worries over pent-up demand, second wave of infections seem to be subsiding 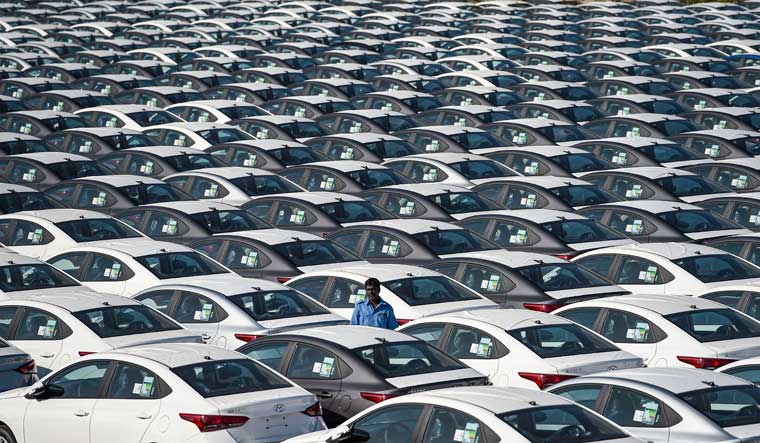 There is opportunity in challenges, as India's auto industry is realising. Worries over pent-up demand and the impact of a possible second wave of infections that could affect auto sales seem to be firmly subsiding, as leading auto companies come out with their sales figures for February.

Industry leader Maruti Suzuki registered a growth of over 11 per cent, growing totally from 1.47 lakh units in February 2020 to 1.64 lakh units in February 2021. Passenger cars formed one lakh out of this. Interestingly, for Maruti Suzuki, the highest growth of nearly 19 per cent was for its SUV line-up, which features models like the Vitara Brezza.

Tata Motors declared a surge of 54 per cent last month compared to February 2020. Experts say this is the company's highest-ever sales in nine years.

Other major auto firms have also reported growth in February. Toyota reports its wholesale numbers going up from just over 10,000 last February to 14,000 last month. Growth in domestic sales is at a robust 36 per cent. The launch of two models in January—Fortuner and Legender—as well as an Innova variant in November 2020, surely helped the Bengaluru-based company to rack up these numbers.

“Wholesales have been encouraging and we are witnessing a high influx of customer orders month-on-month, thereby both significantly contributing to the growth story. In fact, sales in February have been better than sales in January, thus helping us register a 27 per cent growth in wholesales,” said Naveen Soni, senior vice-president of Toyota Kirloskar Motors.

Tata's sale of 58,473 in February is higher than both the previous month (57,742 in January 2021) and the same month last year (38,002). Both its heavy motor category (buses) as well as light vehicles (including cars) showed healthy growth of 4 and 14 per cent respectively.

However, there is cause for concern in the commercial vehicle category. Tata Motors, for example, reports a further decrease of 5 per cent for cargo vehicles and pick-ups. Sales of this category is seen as a direct indicator of momentum in the economy, as there are the vehicles used for business activities ranging from delivery to construction. Their continued dip remains a tinge of cloud on a silver-lined horizon.